With longer commutes to work and driving the kids around after school, many people here in  Oakland Park , FL  and nationwide now spend more time listening to music in their vehicles than at their homes. Whether you enjoy rock, country or classical, good sound quality helps make the car ride more enjoyable for everyone. Car manufacturers today are including better audio systems than ever before to please music-loving drivers.

There are great systems currently on the market from well-known companies like Pioneer, Kenwood and Sony and everyone seems to have their favorite. 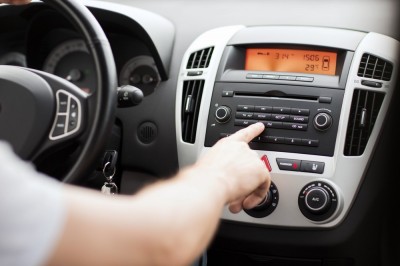 For those out there who want to take it up a notch, we’ve listed some of the cream of the crop—those even a musician would love. So, get ready to crank up those tunes and check out our list of the top 5 most awesome factory car stereo systems out there right now, brought to you from Clancy's Auto Body .

This state-of-the-art 14-speaker sound system was created to play music the way it sounds in a recording studio. Elliot Scheiner, a Grammy award-winning recording engineer and producer, was instrumental in its design. The system is optimized for DTS and DVD-audio disks and has six channels of audio material.

You might be unfamiliar with the company’s name, but some say that Naim might be one of the best audio systems ever made. There are 20 speakers in the Bentley Mulsanne, which produce 2,200 watts and every speaker has a separate amplifier channel.

A recent addition to the car audio market, the Bang & Olufsen system includes 14 speakers and 10 amplifier channels with a total output of more than 500 watts. Some of its features include satellite radio, Bluetooth audio streaming and iPod integration.

The Burmester High-End 3D Surround–Soundsystem boasts 24 high-performance speakers and 24 separate amplifier channels with a total output of 1,540 watts. There are two speakers in the overhead console and another in the overhead control panel, creating a three-dimensional listening experience. Burmester, founded by late musician Dieter Burmester, specifically developed a 3D-sound algorithm for the Mercedes-Benz S-Class.

The premium Harman Kardon system, fitted in both the Chrysler 300 and Dodge Charger, includes 19 speakers and a 12-channel amplifier with 900 watts of power. The speakers are in 12 different locations throughout the vehicles.