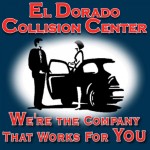 With summer approaching, many families here in Poway, CA and from all over the country will soon be planning a road trip. What better way to occupy the kids during a long drive than a roadside attraction? It’s something to look forward to, allows everyone to stretch their legs, and adds another memory to the vacation.

Every state from California to New York has its favorite, whether it’s the largest chicken wing in Madeira, Florida, weighing 1,000 pounds, or the foam replica of England’s Stonehenge in Natural Bridge, Virginia, called Foamhenge. Roadside attractions can be a welcomed distraction.

Here are five of our favorites, provided to you by all of us at El Dorado Collision Center: 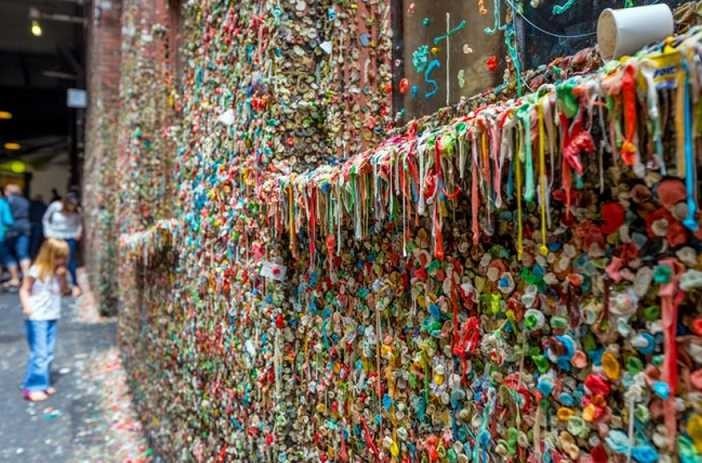 Visitors to Pike Place Market in Seattle won’t want to miss this 50-foot brick wall covered with used chewing gum in a kaleidoscope of colors. It was named one of the top five peculiar tourist attractions in 2009. In November 2015, the wall was cleaned for the first time in 20 years. It took 130 hours to remove more than 2,200 pounds of gum. Soon after, a flash mob arrived to re-gum the wall. Remember to leave your own piece!

Hungry for a burger? If you happen to be in MI, you’re in for a treat at Mallie’s Sports Grill & Bar. Ideally, owner Stephen Mallie and his father Romeo would like 48 hours’ notice to prepare the largest burger in the world, weighing in at 338 pounds! Winner of the Guinness Book of World Records in 2008 and 2010, the burger costs $2,000. For smaller appetites, the restaurant also serves six and 12 pound burgers. 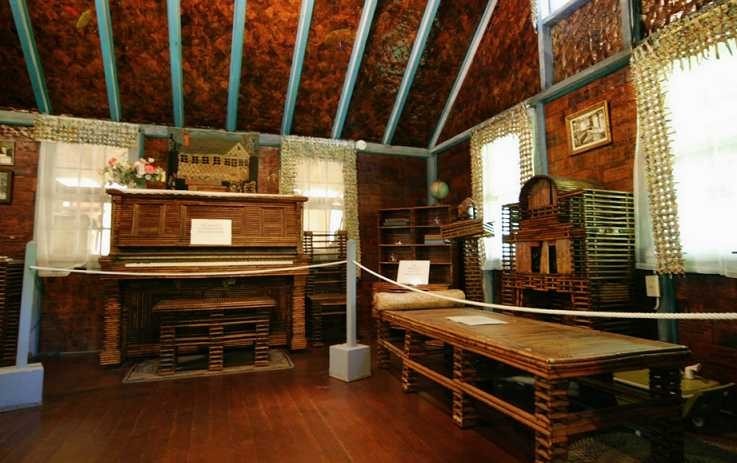 Located north of Boston is the Paper House. Except for the roof, floors and framework, the remainder is constructed out of 100,000 newspapers. It was built in 1922 by Elis F. Stuntman, an engineer who designed machines that made paper clips. He began the project as a hobby and used paper for insulation. Inside, he even made paper furniture. Brush up on your history by reading the newspapers while there! 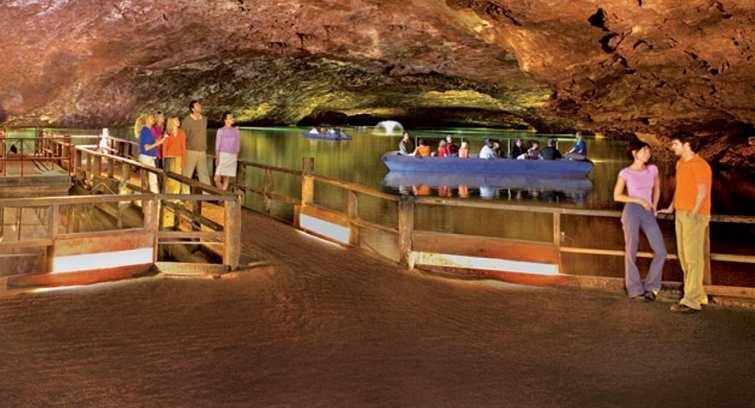 Deep inside a mountain in East Tennessee you’ll find “The Lost Sea.” Listed by the Guinness Book of World Records as “America's Largest Underground Lake,” it is 140 feet below ground. You can tour giant caves known as Craighead Caverns, and take a glass bottom boat ride. Look closely for 20,000-year-old jaguar tracks inside the caves. There is also a nature trail through a forest with a variety of plants and animals. 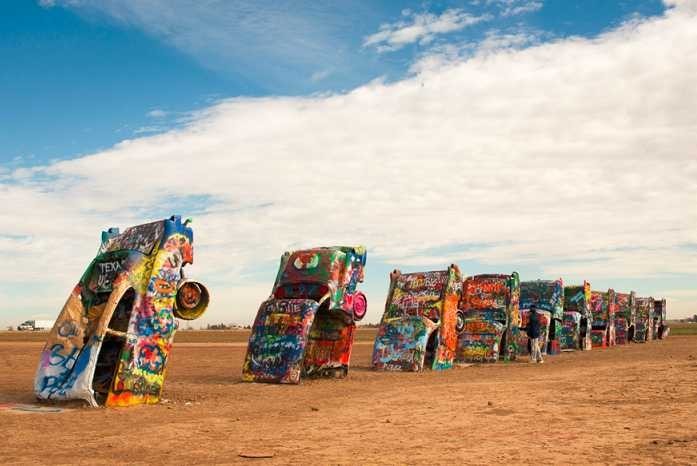 If you love cars and are traveling along Route 66, Cadillac Ranch awaits. In 1973, Texas millionaire Stanley Marsh, III asked a group of San Francisco artists known as the “Ant Farm” to create a unique work of art for his ranch. They purchased 10 used Cadillacs and half buried them single-file upside down. Representing the "Golden Age” of American automobiles, they have been featured in movies and songs. Make sure to bring spray paint to add your own name or message.