Undercar Airbags that Can Stop Your Car? That's Right! 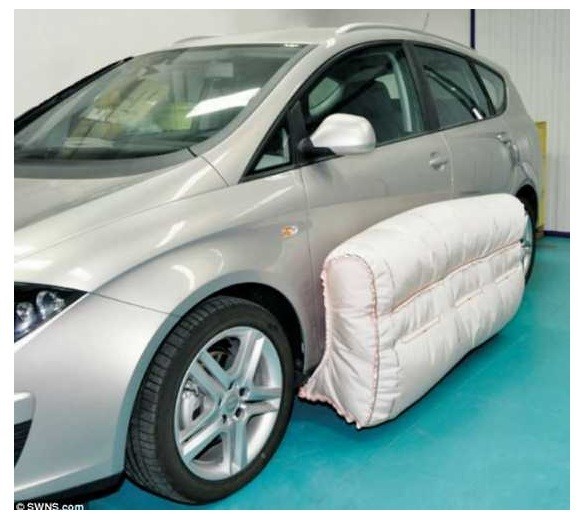 At Cascades Auto Body, we encounter airbags all the time, so we're a little more than slightly familiar with them. Here are some interesting facts about the future of airbags and an example of how safety technology is evolving at a rapid rate.

The earliest airbags were first seen in automobiles more than 60 years ago. The invention is credited independently to the German engineer Walter Linderer, and also to the American John W. Hetrick who in 1951 registered for the first of his airbag patents. Since then, they have evolved and changed in countless ways as the technology has become more and more sophisticated. Today, we now have more than 300 different types of airbags, including curtain airbags, side airbags, knee airbags, seat belts airbags and even ones that are positioned underneath the vehicle.

So, unless you're driving a classic car, it's likely that you have airbags in multiple locations within your vehicle. If you have a newer car, you may have as many as 12 separate airbags in your car, designed to protect your head, shoulders and hips. And in the very near future, your car might also have an airbag that can stop the vehicle when an accident is about to happen.

If you are driving a Mercedes-Benz around Sterling, first of all, I am jealous of you. But, you're also one of the safest people out on the road, because Mercedes has more airbags than any other nameplate. Mercedes has been working on a new way to use airbags that moves them away from being a passive safety measure and making them part of a what they're calling an "active safety system", according to the carmaker's web site.

For many years, the safety design engineers at Mercedes have been experimenting with airbags that deploy from underneath the car that will help stop a vehicle prior to a collision. These airbags are an integral component in the carmaker's cutting-edge active safety system, and they deploy only when sensors indicate that impact is unavoidable.

The underneath air bags have an abrasive coating that enables the car to slow down. The bags also lift the vehicle up to eight centimeters, which counters the car’s dipping motion during hard braking, improves bumper-to-bumper contact and helps prevent passengers from sliding under seat belts during a collision. 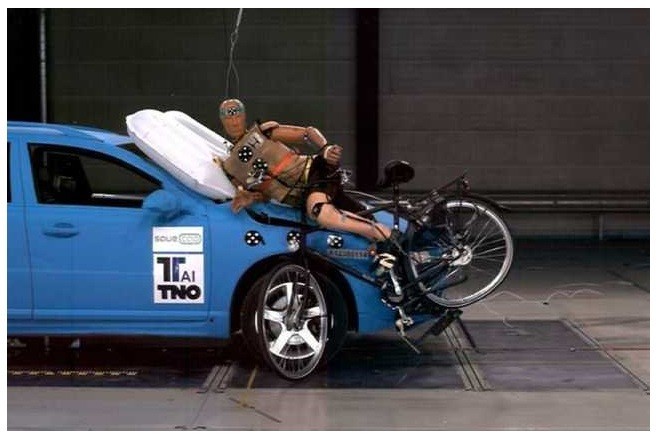 Update: Mercedes-Benz will recall some 705,000 cars in the U.S. over potentially defective Takata airbag inflators, parent company Daimler AG reported recently Daimler will also be recalling approximately 136,000 commercial vans because of the inflators and other issues with side airbags.

Mercedes has been working on this undercar airbag technology for several years, but it isn’t available on any production models yet and may not be seen on the road until possibly 2018. And with the carmaker's recent problems with existing airbags on many of its newer models, the future of these innovative car-stopping airbags is fuzzy at best.

At Cascades Auto Body, we value peoples' safety above anything else, and that's why we're always excited and intrigued to read about automotive technology that can save lives--both here in Sterling, VA and throughout the country.