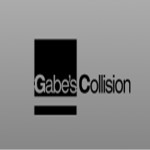 Gabe’s Collision Service provides outstanding customer service and collision repairs.  Our expert technicians have the knowledge and skill to repair your vehicle. They continue to train so they can stay up to date with technology because ... Read More

Are Airless Tires Rolling out of the Future?

If you have never experienced a flat tire yourself you have probably observed some poor motorist on the side of the road struggling to change the tire with that God-awful little jack that most auto manufacturers give you.

While not always devastating, it generally throws a wrench into whatever plans you had at the time as you work at changing the tire for 20-40 minutes. If you live in a state that offers motorist safety patrols you might be able to get some help, but might have to wait longer for it.

At  Gabe's Collision Service in Buffalo, NY we know that airless tires will be the norm, so enjoy this blog and anticipate the future.

While tires have come a long way from the first automobiles, the basic concept is more or less unchanged: a rigid inner rim attached to an axle with a rubber tire filled with compressed air or other gas. "If it ain't broke, don't fix it" could apply to the thinking, but some people wonder if there is a better way. Enter the Airless or Non-Pneumatic Tire (NPT). This breakthrough in rolling technology uses a flexible material in different geometric patterns and designs to create strength but also flexibility.

NPTs have a few really great advantages - first and foremost they can never go flat because they have no air in them. As such, they have great application for areas that generally require rugged tires. They are already in use in the construction and demolition industries. These machines frequently operate in areas that would cause punctures for traditional tires and the success has been tremendous. Additional applications include small home machinery like lawnmowers, off-road vehicles like ATVs and the U.S.  Military.

Military applications are still in the works, as the amount of testing until the military adopts something new is usually quite extensive. Additionally, there are still shortcomings with NPTs that need to be worked out. Mostly these are heated and decreased shock absorbing. However, the benefits far outweigh those shortcomings in military applications, as no amount of small arms fire would disable an NPT, and explosive damage, short of a direct hit, would be significantly reduced.

Overall, Airless tires, or NPTs are a very interesting concept that are very likely on track to eventually replace traditional tires. However, they are likely still more than a few years away from doing so. A day when all the cars on the road have airless tires is not so far away as to be considered science fiction, and it would solve many problems for motorists the world over.