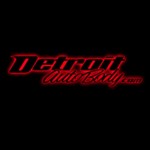 Detroit Auto Body has developed a business model that ensures quality workmanship and reduced repair times. DAB works with all insurance companies and takes the hassle out of the repair process for its customers. Our collision facility has earned the trust of thousands of customers. Detroit Auto Bod... Read More

Hollywood screenwriters and film producers love making movies about the future. No one can accurately forecast what the future will be like, but we can at least dream through these films. 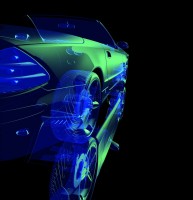 Many of these futuristic movies involve amazing vehicles that are created for the big screen. Although many of these cars will never be a reality and it's not likely that we'll be seeing them anytime soon in  Covina ,  CA  it is still fascinating thinking about the future of automobile transportation through these creative concept cars.

Here is our top 5 list of what we feel are the most amazing and interesting futuristic cars coming out of Hollywood, brought to you by all of us at  Detroit Auto Body .

Set in a dystopian future where gasoline is more expensive than gold, “The Road Warrior” has a number of customized 1970s muscle cars on display in this film, most notably a 1973 XB GT Ford Falcon Coupe tricked out with a Concorde front end and an exposed supercharger that doesn't work, but sure looks cool.

World-famous futurist designer Syd Mead contributed a wide range of designs to this Harrison Ford sci-fi classic, including the “Spinner,” a car that could also fly. The film is set in the year 2019, so we still have a few years left to get a flying car into mass production and up in the skies.

The futuristic Detroit Police Department of “Robocop” was originally going to be driving a fleet of highly-stylized vehicles in the film. But the resulting prop cars looked unbelievable and were described as "cartoonish" so they were scrapped and never made it to the screen. At the last minute, Director Paul Verhoeven modified a series 1985 Ford Tauruses, whose aerodynamic designs were fairly unique the mid-1980s. The sci-fi police cruisers were equipped with onboard computers, which seemed cutting-edge at the time, but are now standard equipment in just about every cop car anywhere.

Cars stopped looking ultra-cool in the early 1990s, and this taxi cab in Total Recall starring "The Arnold" mirrored the cheese box like designs of that period. This robot-driven “Johnny Cab” shuttle in which Arnold Schwarzenegger flees his corporate pursuers is fast and quick and gives us a glimpse of what cabs might look like in year 2045.

The Lexus 2054 was designed by Lexus upon the request of Director Steven Spielberg, who owns a Lexus or two himself. Designed to run on fuel cells, the vehicle contained a few advanced safety features, including a crash-proof body and a highly-sophisticated biometric security system. Lexus reportedly paid $5 million to include its brand in the film as well as the right to show the vehicle at automotive shows worldwide.

We strive to bring you relative content from Detroit Auto Body in Covina , CA .