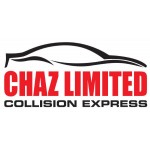 The stats are truly frightening. A pedestrian is killed by a vehicle roughly every 1.5 hours in the United States, and until recently they were all operated by human beings. There were approximately 40,000 traffic fatalities on this country's roads in 2018, based on stats provided by the National Safety Council, and more than 90% of them were the result of human error.

But that all changed when 49-year-old Elaine Herzberg was hit and killed by a self-driving Uber in Tempe, Arizona back in March. It was the first time an autonomous car killed an individual, as Herzberg darted out in front of a self-driving taxi while on a bicycle.

Even though this unfortunate tragedy took place, experts still say that self-driving cars don't pose any more of a risk to pedestrians, cyclists or other automobiles as opposed to vehicles piloted by humans. Self-driving cars have been put through road tests equaling millions of miles, and experts say that the technology undoubtedly has the potential to be extremely safer than human drivers. They also claim that autonomous transportation could likely save many lives if or when it becomes widely adopted.

Lionel Robert, a professor at the prestigious Robots Institute at the University of Michigan said recently that human drivers aren't that safe. He said that the long-term goal is to make certain that self-driving cars are as safe as human-operated vehicles and studies reveal they're doing exactly that.

In poor conditions like limited visibility or by traveling on bad roads, an experienced human driver might have an edge over autonomous cars using today's advanced technology, according to Bart Selman, a professor of computer science who teaches at Cornell University. He also believes that self-driving cars will eventually be much safer than human operated vehicles eventually, saving countless peoples' lives as a result.

The advantages are numerous. For one, self-driving cars are actually better than humans at obeying traffic laws. They don't speed and they never text and drive. They also don't drive drunk or fall asleep and drift into oncoming traffic, for example.

Self-driving cars are very adept at detecting and avoiding obstacles, because they have a 360 degree view of their surroundings, but instructing an autonomous vehicle to anticipate that a pedestrian might jump out in front of it is still going to one of the most difficult things to do, according to the experts.

At Chaz Limited Collision Express Downtown in Anchorage, AK, we will be ready to repair self-driving cars when the tie comes, but from this blog it looks like it might be several years for this to eventually take place.