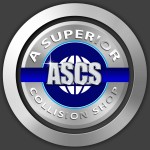 At A SUPERIOR COLLISION SHOP, we take pride in the deep relationships we establish with our customers. From the moment you walk through our doors, we treat you like a member of our family. We walk you through the insurance cycle, tow your vehicle, arrange your rental car, and go above and beyond to ... Read More

Will Arrivo Replace the Hyperloop?

Brogan BamBrogan, the co-founder of The Hyperloop One Project exited from the company in 2016 under a strange circumstances, but he appears to be back in the alternative transportation industry with a new with L.A.-based company called Arrivo.

At A Superior Collision Shop, we know that the future of transportation on this planet is going to change in a huge way and sooner than you think. We are seeing it every day in Campbell, CA and that's why we are happy to share this blog with you.

After BamBrogan broke away from Elon Musk and the Hyperloop One, he dropped off everyone's radar he changed his LinkedIn profile with a new job title: Co-founder of Arrivo, The Arrival Company. Just prior to this, the suit between BamBrogan and Musk was settled, but allegedly there is still a lot of animosity between these brilliant men. Early reports have confirmed the Arrivo will be BamBrogen's attempt at replacing the hyperloop concept, but right now it is more concept than anything else.

Yes--it's definitely hush hush--but what do we really know about Arrivo?

First, let's jump back a little bit before looking forward. The Hyperloop is  a transportation system that first appeared in a 2013 white paper written by SpaceX and Tesla CEO Elon Musk. The design consists of a system of pods that float

in the air due to magnetic levitation that move within vacuum-sealed tubes that can travel at 600 mph.

Since Musk decided that he did not want to develop the Hyperloop concept further, a handful of companies have raised significant amounts of cash to make it real, including Hyperloop One, Hyperloop Transportation Technologies and Rettig Industries.

Musk is not going to establish a hyperloop company, because he has a lot on his table, to say the least, but SpaceX is sponsoring a contest to persuade amateur teams to create cutting-edge technologies to accompany the concept, to be held at SpaceX headquarters in Los Angeles, CA.

The fact that BamBrogan would come up with an evolution of the hyperloop challenge is not a huge surprise. The engineer, who began Hyperloop One with major Uber investor Shervin Pishevar was the company's CTO before promptly leaving last summer, just three months after the company effectively demonstrated its skeleton pod on a smaall track near Las Vegas, NV.

So for right now, we don't know much about Arrivo except for the fact that it's a pretty cool name. Will BamBrogan beat Elon Musk to the "next great thing", or will his concept fizzle and get stuck in a tunnel, so to speak? Stay tuned, because when two geniuses bump heads, sometimes brilliant ideas become reality.

We strive to bring you relative content from A Superior Collision Shop in Campbell , CA .