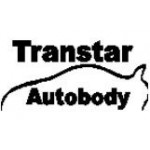 7 Tips to Avoid Hitting a Deer

If you live in a rural area, there is a good chance you probably know somebody who has hit a deer. So, here is some interesting information about deer accidents and seven tips on how to avoid hitting them, brought to you by all of us at TranStar Auto Body Shop.

Although the number of deer-related collisions has declined over the last several years, there are approximately 1.5 million every year, according to the Insurance Institute for Highway Safety (IIHS). Unfortunately, they result in 150 deaths, thousands of injuries and $1 billion in damage to vehicles.

So how common are deer collisions, you might ask? The odds of colliding with a deer are 1 out of 169, according to State Farm Insurance.

If you live in West Virginia, your odds are much higher. For the ninth year in a row, West Virginia topped the list of states where you are most likely to hit a deer, 1 in 44. Montana, Iowa and Pennsylvania were the next highest.

On the opposite end of the spectrum, those who live in Hawaii have the least chance of hitting a deer. State Farm said there is a 1 in 8,765 chance in the Aloha state.

As you can probably imagine, colliding with a deer can be costly. The average auto claim in 2015 was $4,135, which is up six percent from the previous year.

Although the majority of deer collisions occur from October to December, it is important to be prepared throughout the year.

Here are seven tips on how to avoid hitting a deer:

The riskiest times for hitting a deer are from sunset to midnight and shortly before and after sunrise. Drive with caution during these high-peak times. 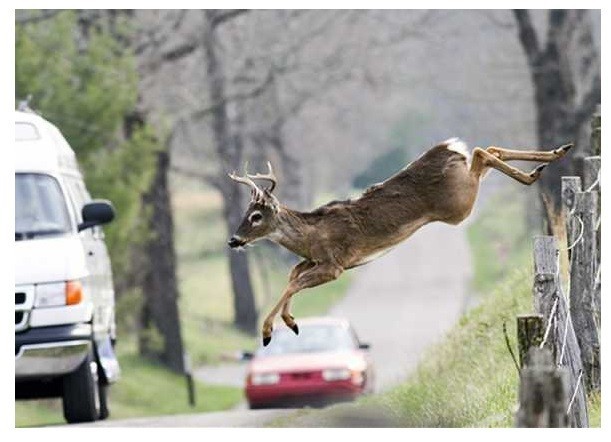 Even though they may not cross here, there is a chance one might dart out ahead. The yellow diamond signs are placed in high-traffic areas for deer.

Deer typically travel in herds. Keep in mind that if you see one deer, others might be nearby. Slow down and watch carefully.

Although it may not prevent a collision, a seat belt can reduce injuries, especially if you lose control of your vehicle.

Turn on your High Beams

When driving at night, high beams not only help your vision, they can illuminate the eyes of a deer.

Some experts say that a long blast of your horn will scare the deer. However, don’t rely on hood whistles and other devices. They have not been proven to reduce collisions.

Brake firmly if you see a deer and remain calm. It’s critical to stay in your lane. More serious accidents can occur if you swerve and lose control of your vehicle.

At TranStar Auto Body Shop, we hope that you’ll never have to encounter hitting a deer. However, animals are unpredictable and sometimes accidents are unavoidable. Whether it happens here in  Oakland, CA or anywhere in the U.S., it's never fun hitting any animal, let alone a deer.

If you find yourself in this situation, pull to the side of the road and turn on your hazard lights. Make sure that you don’t touch the animal. A wounded, frightened deer can be dangerous and possibly get further injured. Call emergency services and your insurance agent.

Regardless of where you live, remember to drive safely and watch out for animals along the road.