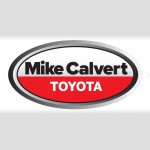 If you drive on the roads for long enough, there’s going to be a minor fender bender or sometimes an accident that involves more significant damage to your car, truck, van, or SUV. While sit... Read More