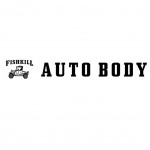 Will Hemp Cars Smoke the Competition?

When I told a friend recently that cars made of hemp were making a big comeback, he thought I was joking with him. "Do Cheech and Chong own one?" he said with a laugh.

I told him that hemp cars are a reality and several carmakers are currently developing them. Here at Fishkill Auto Body, we know that car manufacturers are trying to make cars lighter and stronger all the time and things like hemp may eventually be integrated into many vehicles. Hemp is 10 times stronger than steel and that's one reason why it's become so popular once more.

In reality, hemp has a long illustrious history with automakers. Most people would likely be surprised to learn that in 1941, Henry Ford manufactured a car body out of organic fibers that included hemp. Ford constructed a car of resin stiffened hemp fiber that ran on ethanol that was also made from hemp. Ford saw that hemp could be a go-to substance if properly grown and harvested.

Hemp has over 50,000 uses and is used to make clothing, medications, building supplies, fuel and much more Hemp poses a significant threat to huge companies that are currently manufacturing things like plastic and cotton-based products, because hemp can affordably replace them.

When President Obama passed the Agricultural Act of 2014, it became legal to conduct “Legitimate Industrial Hemp Research”.  It instantly authorized organizations to get involved in legalized hemp cultivation, in order  to conduct research and pilot programs. Since then, carmakers have been aggressively designing cars made of hemp fibers and several are in development.

One of the newest hemp cars is called the Kestrel, which was designed by Calgary-based Motive Industries in Canada. Unlike the United States, the Canadian government has been promoting hemp farming and  has been actively supporting the industrial hemp industry for decades.

The Kestrel is a 3-door hatchback with a top speed of 90 mph per hour and a range of approximately 100 miles before needing to be recharged. It is difficult to discount the positive environmental impact of this modern car and that's why companies like Audi, Ford, BMW and Mercedes Benz are considering hemp.

The lightweight Kestrel weighs in at approximately 2,500 pounds (including the battery) and features a fuel-efficiency increase of up to 30%. To make the supple, lightweight body, hemp stalks are combed and rolled into a mat that is permeated with a polymer resin. This makes it just as pliable as the carbon fibers used in race cars. At a list price of roughly $25,000, the Kestrel is hoping to be as popular as the Toyota Prius.

Hemp is an unlimited, sustainable resource that can be grown more affordably than any other organic matter under development for car body construction. Many automotive experts all over the world are predicting that by 2020, hemp vehicles will become a larger part of our overall world's fleet. One day, we will see hemp cars all over Beacon and throughout the state of NY. If it makes our cars greener, lighter and stronger, why not?