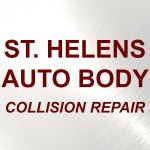 St. Helens Auto Body is a locally owned and operated repair facility that has been giving excellence customer service and collision repair to the community of Saint Helens for years. Our main goal is to help you, the customer, have your vehicle repaired to where it... Read More

A Short History of the Mini Cooper 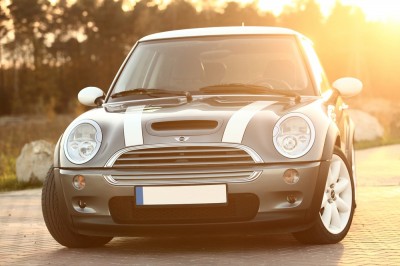 An icon of 1960’s British pop culture, the Mini is a small economy car produced from 1959 to the present, by England-based British Motor Corporation (BMC) and its successors.

At St. Helens Auto Body, we can see that Mini Coopers are more popular than ever in Saint Helens and all over the State of OR, because they're well-built and get great superior miles per gallon across the board.

In the years immediately following World War II, with gas prices soaring because of the Suez Crisis, big, gas-guzzling cars made little sense. So, in 1957, innovative genius Sir Leonard Lord worked with senior engineer Alex Issigonis with designing a small, fuel-efficient car in which four adults could fit, and which would be affordable to most consumers.

He came up with two main innovations – creating more cockpit room by pushing the wheels out to the corners and orienting the engine sideways, producing tight turn stability. It blew the world’s collective mind when it launched, but it began to catch on as “the very essence of youthful 1960s culture,” a website on the car notes.

In 1961 the vehicle “fell into the hands of British racing legend John Cooper,” who introduced “a more powerful engine, bigger brakes and a few tuning tweaks,” and the Classic Mini Cooper 997 was born.

Soon, the Mini was making regular visits to the winner’s circle, including three between 1964 and 1967 at the prestigious Monte Carlo rally, and it featured prominently in the 1967 British film The Italian Job, in which the vehicles play a key role in a bank heist.

By 1969, more than 2 million Minis had been sold worldwide, and station wagon and pickup versions were introduced. By 1977 sales reached 4 million globally, except in the U.S., where new emissions regulations in the late 1960s prevented sales here. The brand came close to dying in the 1970s and 80s, but with more than 5 million sold by 1999, a panel of 130 international automotive journalists voted the Mini “European Car of the Century.” Only Ford’s Model T got more votes, sites say.

In October of 1999, a new MINI was unveiled at the Paris Auto Show, which eventually took the 2003 North American Car of the Year Award, as motoring clubs were formed across the country.

Most recently, the MINI Cooper became part of BMW’s takeover and relaunch in the 2000s and added the MINI Clubman, and John Cooper Works Hardtop 2 Door, which hit US highways in 2002, and ever since, the American public’s appetite for the Mini has grown along with its options.

With beta programs and the possibility of a 100 percent electric, zero-emissions MINI E, in the works, MINI aficionados are “excited to find out what adventures are in store for the next 50 years,” its site says.