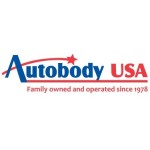 Do you ever wish life had a 'reset button'? Auto Body USA in Three Rivers MI is as close as you can come to a getting RESET BUTTON for auto body damage and repair.

Allow us to reduce the pain in your auto body repair needs. We want to make your... Read More

Holy Popemobile! It’s one the Safest Vehicles in the World

He’s one of the world’s most celebrated figures and most of us call him simply “The Pope”. With Pope Francis coming to the U.S., many people are curious about what the Pope will be driving during his visit? Here are the facts and a little history about the Popemobile, courtesy of everyone here at  Autobody USA - Three Rivers , the best collision repair company in  Three Rivers.

From what we’ve learned, Pope Francis will use a retrofitted Jeep Wrangler as a Popemobile during this year’s visit to the United States, similar to the one the pontiff used earlier while driving around Ecuador, according to the Pope’s press team. The U.S. Secret Service will oversee much of the security during the Pope’s visit, but much of the work will be done by the Popemobile, one of the most secure vehicles in the world and the personal ride for Pope Francis. The Pontiff will also probably be using it during his trip to Washington, D.C., New York and Philadelphia in October.

The precise set-up of the American Popemobile — along with details on where the pontiff will use it to get around — weren’t immediately available. The Vatican did not provide more specific information on when Pope Francis will use the vehicle

In the past, Francis has used an open Popemobile to move through crowds whenever possible. The Popemobile (Italian: Papamobile) is an informal name for the specially designed motor vehicles used by the Catholic Pope during outdoor public appearances. The Popemobile was designed to allow the pope to be more visible when greeting large crowds and there have been many different designs for Popemobiles since Pope Paul VI first used a modified Toyota Land Cruiser to greet crowds in Saint Peter's Square, in 1976.

Some Popemobiles are open air, while others have bulletproof glass to enclose the Pope. Some allow the pope to sit, while others are designed to accommodate the pope standing. The variety of Popemobiles allows the Vatican to select a Popemobile appropriate for each usage depending upon the level of security needed, distance and speed of travel.

Some historical facts about the Popemobile:

So, rest assured—Pope Francis will be safe, because he’s got the Popemobile, the safest vehicle on this or any other planet. These fun and informative stories about cars and car technology are brought to you from all of us at  Autobody USA - Three Rivers.