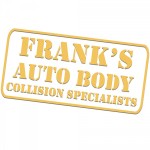 We are a locally family owned and operated business in the community. We have been serving the Henderson and Las Vegas valley since 1984.

Our motto is: “The Symbol of Quality”. Your satisfaction is our top priority.

We are the longest running ICAR Gold Class facility in Henderson, ... Read More

Uber Tries to Use Self-Drivers in San Francisco 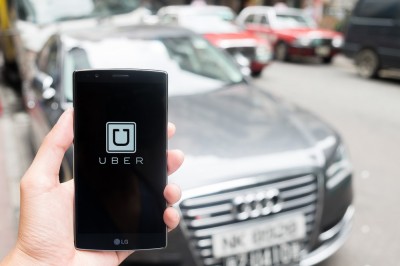 Uber began picking up Bay Area riders with its Volvo self-driving cars in December expanding on a test program that the company launched in Pittsburgh, PA earlier this summer. And everything went well, until during day #2 an Uber self-driver ran a red light in downtown San Francisco and that's where the problems began. At Frank's Auto Body Inc., we know that autonomous travel will change the world, so we find it fascinating as everyone races to self-driving transportation.

Without the proper permits from the California DMV, Uber was left embarrassed and rather quickly San Francisco's Mayor Ed Lee was trying to shut the company's autonomous car program down. Until they can refine this program, the Golden State is not going to allow Uber to use these self-drivers to transport passengers.

Until the video showed that indeed the Uber self-driving vehicles drive just as badly as humans do, they had 11 self-driving Volvo XC90 SUVs in the City by the Bay ready to do their autonomous work. Some of these were randomly deployed to pick up clients while others were out there testing themselves, by logging miles and mapping areas throughout the Bay Area. In both instances, a safety driver was at the wheel to take over the car's operation when needed.

Uber, which established a $300 million partnership to expand self-driving technology with Volvo, commenced testing of a small fleet of Ford Fusion Hybrids in 2016 in Pittsburgh, the home to Uber's autonomous car R &D. Uber reported that expanding the passenger program to San Francisco is an attempt to challenge the cars' computer systems with varied topographies and differing road conditions.

Uber is all-in when it comes to autonomous vehicles, and that is why they're not working toward a vehicle that has no steering wheel, gas or braking pedals or the necessity for a human driver. Conversely, it is pursuing technology that provides a considerable level of driver assistance while demanding  limited driver oversight.

Uber has admitted that they have not yet applied for a permit to test autonomous cars with the California Department of Motor Vehicles. At this point,  approximately 20 companies have received permits  to use self-drivers on the roads of California, including Google, Tesla, Ford and Nvidia.

An email to the California DMV asking about Uber's permit status drew this reply: "The California DMV encourages the diligent exploration of self-driving cars. We have a permitting process in place to ensure public safety as this technology is currently being tested. 20 manufacturers have already obtained permits to test hundreds of cars on California roadways. Uber should do the same."

Stay tuned, because this tug-of-war between California and Uber might get more conscientious as the world of autonomous car spreads in front of our eyes, here in Henderson, NV and all over the planet.

We strive to bring you relative content from Frank's Auto Body Inc. in Henderson , NV .