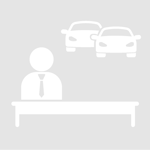 1 out of 5
my car was there almost a month.I was contacted and told my car was about 53 percent finished.I was contacted again and was told it would be ready on Novembe,20th.and they would let me know if there was a delay.I went there on the 20th and was told they had just got door in.I was told on Dec.11,it was ready.The window on door would not roll down.They would need to order another part and to come back in a couple of days and it would take about 30 minutes to fix it.I drove it and it sounds like something is loose underneath.I intend to return again tomorrow to see about the car.I AM not satisfied