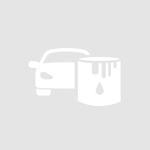 5 out of 5
Constantly communicated with updates on my car's progress. Excellent people.