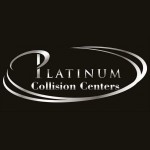 At Platinum Collision Centers, we make customer service a priority. Our people are highly trained and are dedicated to the commitment of quality, workmanship and service that our business was in fact, founded on. Our technicians have several yea... Read More

Car Technology that Never Got Past the Design Stage

Automotive engineers and designers are always looking for the next big thing and if one can find one, they can make a ton of money and change automotive history forever.

There is always a race to new technology, but unfortunately when one concept succeeds, many more fail miserably. Here is our list of automotive technology and design concepts that never made it past the prototype and testing stages, 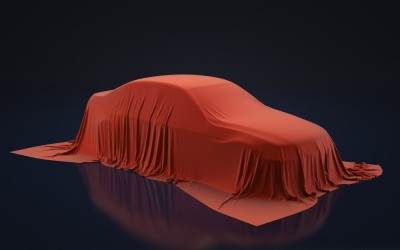 brought to you by all of us at Platinum Collision Centers . It's hard to believe that some of these were even conceivable and the idea of seeing them here in  Corona , CA  is perplexing at best.

·         Steam Engines: Some of the very first automobiles on the planet were powered by steam, not gasoline. While steam engines  were smaller and lightweight, they required a boiler that made the system too bulky and heavy. Even though steam has never been able to make it in the car world, it continues to captivate and challenge automobile engineers worldwide. A decade ago, Volkswagen was designing a steam-powered engine and several other automakers have been flirting with the idea. So who knows if steam can gain momentum again in the future--but, for now it's pretty much dead.

·         Third Headlights: The revolutionary 1948 Tucker Sedan contained a centrally mounted cutting-edge (aka “cyclops”) headlight that swiveled to give the driver better visibility when coming around corners. The main problem was that the technology was too unwieldy for most car manufacturers, and 17 states had laws barring cars from having more than a pair of headlights, which left the concept dead on arrival.

·         Independent Wheel Control: The 2006 Jeep Hurricane was a concept 4×4 that featured wheels that turned completely independently. This gave drivers a zero-turning radius, which would have been ideal for driving on winding mountain roads. Unfortunately, the market for independent wheel control was considered too specialized, so it languished at the design stage and eventually died.

·         Tricycle Cars: One of Mercedes-Benz’s very first production vehicles was a three-wheeler. Since then, inventors from all over the world have attempted to come up with a motorized tricycle, but most of the designs were either unstable or not practical for a wide range of other reasons, like safety. Now they're coming back, but at this point they're expensive and costly to insure, so these too may eventually disappear.

·         Atomic Engines: The 1958 Ford Nucleon was designed to run with a tiny nuclear reactor. Is that a joke? Absolutely not. Engineers at Ford figured out rather quickly that this idea was about as plausible as putting a bomb under a car's hood.

·         Joystick Steering: In the mid-1960s, car engineers played around with joystick-style steering controls mounted on the center console. This was allegedly safer than a steering wheel in the event of a crash, but posed a serious problem for left-handed operators!

·         Airplane Cars/AquaCars: Since the 1930s, brilliant people have tried to invent vehicles that can fly and swim. Building great cars is tough enough and developing multi-function vehicles have proven to be exceedingly problematic.

We strive to bring you relative content from Platinum Collision Centers in Corona , CA .