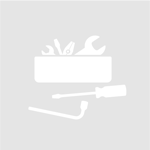 Cameron B..
1 out of 5
I dropped off my car several weeks ago to have Caliber fix the front bumper area of my car. I picked up my car on Friday the 13th around noon after dropping off the rental car and was initially impressed with the way the car looked. However, upon driving the car, I noticed that my air conditioning was completely broken, which was curious because it was working fine before and after I got in an accident. I drove my car back to Caliber and told them about the problem, dropping my car off a second time. After sitting in the office for about an hour they told me that they couldn’t fix the problem until they ordered the right part. They received the part and called me on the following Tuesday to bring my car in for a third time. I had to borrow a car and have someone pick me up at the shop, which was rather inconvenient for both parties. Caliber fixed the air conditioning system the next day, so I drove to the shop and picked it up again around 6:30pm. I turned the car on and the air conditioning worked perfectly – the airbag system, however, didn’t. After troubleshooting the system, I dropped the car off at Caliber for a FOURTH time. Like the air conditioning system, this problem arose only AFTER Caliber worked on my car. Once again I had to borrow a car and get a ride. Eventually my car was finished correctly and I picked it up last Thursday, and so far there are no more problems. Throughout this process I was in contact with the service advisor who repeatedly assured me that the car would be taken care off. I asked to speak with the manager several times to talk about these issues, but had no success. On Thursday she was too busy, and after being told several times that she would call, I waited on Friday (11/20) and Monday (11/23) and heard nothing back, even though I was told she would call me. Overall, all I got from Caliber was lip service. They told me they would fix my car, but each time I dropped the car off it had a new problem. I was told I could speak with the manager, but each time she was too busy or simply didn’t see it as a priority to call me back. Though the staff at Caliber is well-meaning and kind, they are simply incompetent. This is the first and last time I will be going to Caliber, and I’m sorry to say, but they were unprofessional and sadly inept. Next time I will be going to a place that can take care of my needs the first – not the fourth – time around.