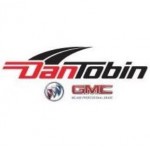 Dan Tobin Chevrolet Buick GMC is proud to be a Gold Class Collision repair business. The Gold Class recognition indicates that our technicians are trained in the proper repair techniques and procedures that contribute to the complete and safe repair of your vehicle. Has your vehicle recently been in... Read More

5 out of 5
Outstanding service and repair. I'm very appreciative of the excellent job completed on my Buick Enclave. Top quality workmanship! Thank you.