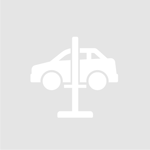 4 out of 5
It takes around three weeks to get the job done. The working time period is longer than I expect.