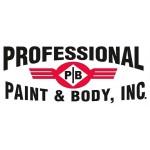 Professional Paint & Body Inc has been serving the Birmingham and surrounding areas since 189 with outstanding customer service, and auto body repairs. Our expert technicians have extensive knowledge and the skill set to fix any collision repair.... Read More

Toyota recently launched its Mirai hydrogen fuel cell car in California and experts are saying that the timing could not be worse. Gas prices in the Golden State are dropping and people there are in love with the Tesla. Did Toyota rush to getting this vehicle out without considering the strength of the market? And will hydrogen really fly in not just California, but throughout the entire country? These are tough answers, so hopefully this article will address them, brought to you by all of us at Professional Paint & Body Inc. .

Hydrogen-powered cars are considered one of the most planet friendly vehicles in the world, because one kilowatt hour of electricity can be used to recharge a battery that, in turn, powers a car. Not to mention the fact that the only emission produced by a hydrogen car is simply water—nothing more. Range of Mirai at one fill is 312 miles, while an optional power take off (PTO) feature that can deliver up to 9 kilowatts (kW) of power (60 kWh total), enough for emergency situations.

More Fueling Stations on the Way

One of the largest obstacles for hydrogen vehicles is the lack of infrastructure. There are only a handful of hydrogen stations currently up and running in California, but the California Fuel Cell Partnership in Sacramento, CA has plans for 40 stations to operate by the end of 2016 and 100 more by 2020. The Golden State is spending roughly $20 million annually on the project, so they’re all-in when it comes to hydrogen as one of the newest alternative fuels, but will Californians gravitate toward fuel cell vehicles like the Toyota Mirai?

California is the first state to be hydrogen-ready, but soon the rest of the nation will be onboard. Next year there will be another set of fueling stations funded by Toyota and partner Air Liquide that will extend from New Jersey through New York, Connecticut, Rhode Island and Massachusetts.

Toyota thinks it will be a huge success once the infrastructure has been created, according to a spokesperson. "We like fuel cells because it is the lightest solution," said Chris Hostetter, Toyota group vice president of strategic planning. "It has cost advantages over electric vehicles because we are making the electricity on board rather than pulling it from the grid."

Toyota is not the first to bring a hydrogen fuel cell car to market. Honda sold a handful of its FCX Clarity fuel cell cars between 2008 and this year, but it ended production with the 2015 model year. It is expected to launch another fuel cell model sometime in the next two years. Hyundai recently launched a fuel cell version of its Tucson in 2013 it has sold only about 300 so far. But Toyota is making a definitive move in the hopes that fuel cell vehicles could over time equal or surpass plug-in electric hybrids in consumer acceptance.

It’s been a long time in development. In fact, the Mirai was conceived about the same time as the Prius gas-electric hybrid, in the early 1990's, but the company decided to pursue the Prius instead of a hydrogen vehicle. Well, that looks like it was a very smart move, but now the carmaker is looking for more success in the fuel cell arena.

At Your Local Dealership Soon

So, get ready for the Toyota Mirai and the hydrogen revolution! By getting away from gasoline, we can all benefit and the environment will be spared as well. This valuable information is courtesy of  Professional Paint & Body Inc. , a shop that is green and proud of it.