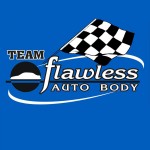 In the 1970s, cars became more stylish while in the 1980s, the automotive industry became more international as the ground rules changed and other countries challenged the United States for the top spot.

With more and more competition primarily from Japan, the U.S. went through a barrage of trials and tribulations, but in the end consumers benefited by the quickly evolving automotive market in the 1980s.

In 1981, Japanese car manufacturers entered into the "Voluntary Restraint Agreement" that limited the number of vehicles that could imported to the United States at 1.68 million annually. In response to this agreement, Japanese carmakers started designing and building more luxury models with larger profit margins, including Toyota's Lexus, Honda's Acura, and Nissan's Infiniti.  This also benefitted the U.S. in another way, when Japanese car companies began establishing auto production plants in the U.S. by 1985.Here are some interesting facts about the history of cars in the 1980s--a period of massive change and an explosion in new technology, provided by  Flawless Auto Body .

At the same time, The Big Three also started developing joint manufacturing facilities with some of the Japanese automakers. Ford invested in Mazda; Chrysler bought stock in Mitsubishi Motors

and GM sunk a ton of money into Suzuki and Isuzu Motors, as well as setting up a joint manufacturing facility with Toyota, called NUMMI (New United Motor Manufacturing, Inc.)

Despite the financial issues encountered in the 1970s and 1980s, the decades led to a wide range of cutting-edge technological innovations that included the introduction of disc brakes, fuel injection, electronic engine control units and electronic ignitions into vehicles. In addition, front-wheel drive became the prevailing drive system on most cars by the late 1980s.

In the mid-1980s, oil prices fell sharply, which lead to the resurgence of the American auto industry. Under the direction of Lee Iacocca, Chrysler Corporation made a major comeback after barely avoiding bankruptcy in 1980.

In 1984, the Minivan was introduced by Chrysler with the Plymouth Voyager and Dodge Caravan that all

turned out to be extremely popular, including here in  Great Falls ,  MT . These vehicles were constructed on a passenger-car chassis and could seat up to seven people while carrying previously unwieldy loads. Chrysler also introduced their "K-cars" in the 1980s, that featured front-wheel drive and fuel-efficient OHC engines.

In 1985, Ford made a comeback when they introduced the aerodynamic Taurus, but General Motors struggled during the decade. While Ford and Chrysler were reducing production costs, GM was spending millions on new technology. In the late 1980s, GM began marketing the Saturn brand to compete with imported cars. While Saturn initially succeeded, GM failed to provide it with enough marketing support, so it eventually failed.

In 1987, Chrysler acquired American Motors, which produced the Jeep, which turned out to be the #1 sport utility vehicle on the market for many years.

We strive to bring you relative content from Flawless Auto Body in Great Falls , MT .