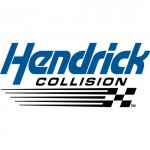 Rick Hendrick Collision Chevrolet of Norfolk will get your vehicle back to pre-accident condition and you safely back on the road again. Our team of professionals and highly qualified technicians will work with you throughout the entire co... Read More 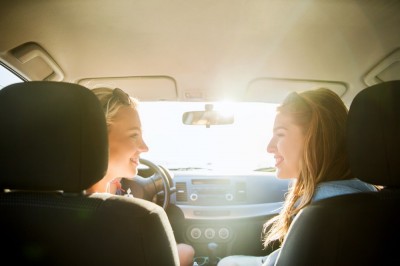 A recent study conducted by the National Highway Transportation Safety Administration (NHTSA)  reports that teen drivers are 2.5 times more likely to show off and drive dangerously when driving with one teenage peer also in the vehicle. In addition, the study said that the likelihood of teen drivers engaging in one or more risky behavior when driving with multiple passengers in the car increases that number three-fold. In fact, this research clearly illustrates a simple fact  that the risk of a serious accident goes up in direct relation to the number of teenagers traveling in the vehicle.

At Rick Hendrick Collision Chevrolet Norfolk, we often see irresponsible driving shown by teenage drivers in Norfolk and all over VA, so here are is some valuable information you can use, as either a parent or as a teenage driver.

So if you're a parent, should you make this rule: No extra passengers in the car? That's of course your decision and it should be based on your teenage driver's level of maturity, but before you make any ground rules, take some steps to be educated and informed:

Set your own rules and consequences. Constantly re-emphasize the fact that your teen that extra passengers cause distractions that can lead to serious injury and even death.

Let your teen know that underage drinking and non-prescription drug use is against the law and can destroy lives. Sit down with your teen and read about other teenagers who have been adversely affected by alcohol or drugs and who have lost their lives to impaired driving. Teens can often relate better to their peers for obvious reasons, so use this technique to hopefully get through to them.

Never provide alcohol to teens. This seems like common sense, right? Prevent your teen from having access to alcohol 24/7 and without negotiation. It is distressing to see that some so-called adults think it's OK to provide alcohol for their teens. Don't even consider it, because it's illegal and can cause you a whole lot of drama for doing so. Parents who provide alcohol to any teenager—or assist any minor to possess or consume alcohol can face jail time, loss of a driver's license, and a series of expensive fines.

Make the consequences crystal clear. Always remind your teens that they can face adult consequences for driving impaired after ingesting alcohol and/or drugs. Make certain that your teens know that if they do not adhere to underage drinking laws, they can face a trip to jail, the loss of their driver licenses, and a wide range of unexpected expenses including lawyer's fees, court costs and associated fines.