Service is in our name for a reason. We know that when our customers are looking for an auto body shop in Atwater Village to handle their collision repair, they are looking for a fast, s... Read More

The 1965 Shelby Ford GT350R is Going Back Into Production

Back in the 1960s, the Shelby Ford Mustang GT350R wasn’t designed to be comfortable, family-friendly or even practical. However, the high-performance vehicle was built with racecar specifications and thus became an American legend.

At Service King Atwater Village, we love the classic American cars, and it's a thrill whenever we see one in Los Angeles, CA--so here's a fun blog for you.

Fans of the "pony car" are in store for a treat after a recent announcement made by Peter Brock, Jim Marietta and Ted Sutton. The trio, calling themselves “The Original Venice Crew”, are former Shelby American employees who have decided to build a new version of the Shelby GT350R. Partnering with Ford, an estimated 36 will be built based on the original 1965 Ford Mustang with some additions. The plan is to include a 289 V-8 engine, plexiglass windows, independent rear suspension and a front valence.

This high-performance vehicle got its start in 1964 after Ford introduced the first Ford Mustang. Carroll Shelby was asked to modify the vehicle and turn it into a street-legal race car, which he reportedly referred to at the time as a “secretary’s car.” The auto designer and race car driver decided to take on the challenge. Shelby owned Shelby American, which he founded in 1962 with the intent to build high-performance parts and modify vehicles. The company was also involved in racing and received many awards. 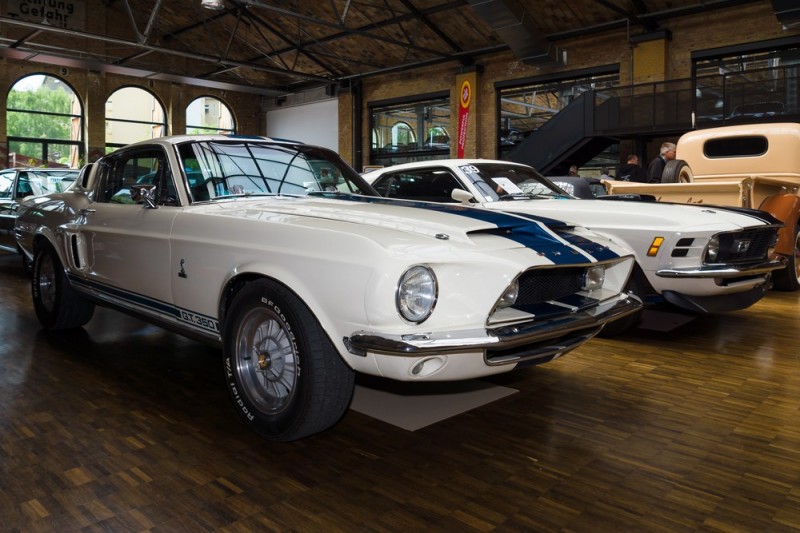 Shelby transformed the Mustang into a high-performance vehicle in 1965—the GT350. Known as the “ultimate performance car,” it was produced from 1965 to 1968 and again from 1969 to 1971. The muscle car, often called a “Cobra,” was painted Wimbledon White with Guardsman Blue rocker stripes. It included drum brakes, four-speed gearboxes and live rear axles. While the earlier versions weren’t built for comfort, over the years they were designed to be larger, heavier and more comfortable.

A second-generation version was produced from 2005-2009 and based on a V6 Mustang. In addition to a supercharged motor with 350 horsepower, the Shelby included a Cobra moniker on the deck lid as well as the side of the vehicle.

Production of the new Shelby is planned for this fall. “By adapting lessons that the Shelby team learned racing Cobras and Daytona Coupes, our crew at Shelby American turned a ‘mule into a racehorse’ as Carroll Shelby would say,” said Marietta, the original Venice crew CEO, in a release.
Using a combination of old-school engineering and significant upgrades, the starting price for the new Shelby, according to Road & Track, is $250,000.