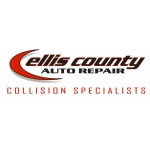 We are a collision repair center that has been serving our community for over forty-five years! Ellis County Auto Repair was established in 1972 and is dedicated to our customers and the collision repair industry. We work hard on gaining the ... Read More

What is Behind the Huge Drop in Driver's Licenses?

With more people traveling on buses, trains, taxis, via carpooling, car sharing and other various forms of ground transportation, it's not shocking to learn that fewer people in the U.S. are getting driver's licenses—even in TX. This is especially true with younger people (ages 16-24) who are more attracted to the concept of a sharing economy and taking advantage of the new transportation options that are available to them. But, it also includes other age groups as well.

Here are the facts and some interesting statistics about this movement, which is prevalent here in Waxahachie, TX and all over the country as well. At Ellis County Auto Repair, we fix cars, of course, but we also know that the technology is going to change and more people are going to discover new forms of transportation. It's a natural evolution and we want to stay on top of it.

This declining interest in driving has led to reduced car sales among the younger generation, as well as fewer driver's licenses, which has been confirmed in a new study that was recently released. The University of Michigan Transportation Research Institute has conducted a study to examine how the percentage of licensed drivers among different age groups has changed over the past couple of decades.

In a report titled “Recent Decreases in the Proportion of Persons with a Driver's License across All Age Groups”, researchers Michael Sivak and Brandon Schoettle have published their findings, after analyzing data from the Federal Highway Administration (FHWA).

They show that all age groups, and not just the younger generation, are seeing a drop in number of licensed drivers. People who thought it was necessary to own a car have changed their minds and re-structured their lives to make it happen.

Researchers compared the number of driver's licenses in 1983, 2008, 2011 and 2014, and found that the percentage of persons between the ages of 16 and 44 who don't hold a driver's license has increased significantly.

According to the study, teens have seen the most dramatic drop in licensed drivers, with a 47% decrease between 1983 and 2014 among 16-year-olds. The number of drivers among people ages 20 to 24 has also seen a huge fall, with a 16-percent drop over the same period.

As far as those aged between 45 and 69, the number of drivers had been increasing from 1983 through 2008, before starting to decline continuously all the way through 2014. The study also examines the situation among those aged 70 and over, concluding that this age group has recorded a slight drop of just 2% between 2011 and 2014, after having increased drastically over the course of the previous three decades.

Decline Among Older Drivers, Too

While the drop in the percentage of licensed drivers among teenagers and young adults is expected and somewhat understandable, it's the fact that the elderly and the middle-aged are also less interested in driving.

Although there is no explanation in the study as to what might have caused the percentage of licensed drivers among those aged 40 and over to drop, it's safe to say that the rise of ride-sharing services is a major contributor to this trend.

Will more and more people opt out of getting driver's licenses? Only time will tell, but the stats suggest this revolution will continue as more folks step away from car ownership and look for other viable alternatives.