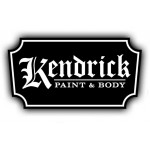 Hop on any bus in the U.S., pay the fare and sit back and relax while you’re driven to your destination, usually with a few stops along the way. Rather than navigating through traffic, you can catch up on emails, text friends and coworkers, or read the news. In some cities, it's just as easy as that, but in other crowded municipalities, such as in NY, LA and SF, taking a bus is not a simple task.

At Kendrick Paint & Body Shop - 1323 Broad Street, in GA  we know that some of our customers, friends and colleagues take the bus on a regular basis, so we thought they might find this blog interesting.

The word “bus” is short for “omnibus,” which in Latin means “for all.” Horse-drawn buses were introduced in the 1820s and the first “motor buses” that used an internal combustion engine were manufactured in 1895. Since then, buses have played an important role in public transit for a large percentage of the population.

The American Public Transportation Association (APTA) reported in 2014 that a record 10.7 billion trips were taken on public transportation in 2013. Although that also includes trains and subways, it’s the highest level since 1956.

The first designated bus lane was created in Chicago in 1940, according to APTA and the National Transit Database. Over the years, communities have increasingly implemented bus lane networks.

In some communities, there are long stretches of bus lanes, while in others, the designated lanes are used certain times of the day or have been set up to bypass a congested intersection.

In San Francisco, bus-only lanes vary in type and the hours of operation. Some are only used during peak hours while others run all day. Bus lanes in New York are restricted during certain times of the day.  With curbside bus lanes, parking is not permitted when the bus lane is in effect, while offset bus lanes are one lane away from the curb. In Baltimore City, Maryland, there have been dedicated bus lanes since 2009. Rules have recently been implemented to help enforce these lanes and violators must face a $90 fine and one point on their driving record.

With an increase in bus lanes, many drivers are choosing to ride the bus. Some benefits include: 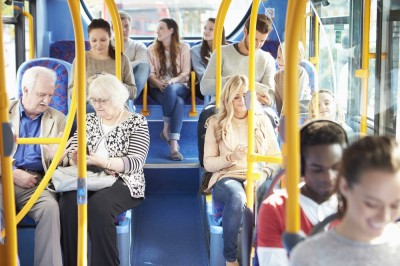 Although critics say there is confusion caused due to the lack of consistency with operating times and street markings, proponents say the benefits far outweigh those concerns. If the trend continues, find your nearest bus stop and get ready to board, whether it's in Augusta, GA or anywhere else in our bus-crazy nation!