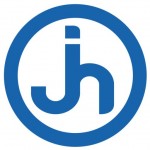 John Harris Body Shop-Irmo is a body shop that provides excellent customer service and auto repairs. We are a family owned business who takes pride in all our repairs and ensure that when dealing with us you will have only a positive experience. Our goal is to get you back on the road safely and as ... Read More

Porsche’s new Mission E Concept is an all-electric sports sedan designed specifically to take on the Tesla Model S as the king of battery-powered vehicles. As a handful of carmakers line up to try and knock Tesla out of the top spot, Porsche taking on the world of electric cars and they’re calling it the Mission E concept, unveiled recently at the Frankfurt Motor Show recently. At John Harris Body Shop - Irmo , we’re excited about a future where we can get away from using gasoline and start relying more and more on things such as electricity, for example.

Sure, there were a ton of oohs and aahs when people first laid their eyes on Porsche’s Mission E, but there has also been quite a lot of skepticism.  Yes, people are excited about the new Porsche but Tesla does have one major advantage over the Porsche. It actually exists. Concept cars are exactly that—concepts and in many cases, they never reach the market for a wide range of reasons.

Despite the controversy, automotive critics and experts are already saying remarkable things about this car. “It combines stunning lines with superlative range and performance in a package that should make Elon Musk very nervous,” Randy Mendoza from CarReview.com said.

According to a recent press release from the automaker, the Porsche’s Mission E will be powered by a pair of electric motors derived from their 919 LeMans racers. In total, the concept car is expected to have more than 600 horsepower and more than 310 miles of electric range.  Porsche claims that the electric concept is good for a 0-62 mph time of less than 3.5 seconds. In addition, the Mission E is expected to feature all-wheel-drive and four-wheel steering, according to the carmaker’s web site.

All of the Porsche's numbers seem to be in the same neighborhood as the benchmark Tesla Model S P90D's "Ludicrous Mode" 2.8-second 0-60 time, 763-horsepower rating, and 300-mile range.

Cuts Charging Time in Half

Using an 800-volt charging port, Porsche claims its electric car can reach 80% charge in just 15 minutes, which the company has dubbed "Porsche Turbo Charging." The current record of fast charging is Tesla's well-received 400v Supercharger, which can juice up the Model S to 80% charge in about half an hour.

Because it is still in the concept stage, Porsche is being cagy about what the car will do and details about the Mission E are hard to locate. The automaker reveals nothing about the battery beyond saying it uses “the fastest lithium-ion technology” and extends from the front axle to the rear (like the Model S).”

The propulsion system is derived from that of the 919. Two motors generate 600 horsepower and drive all four wheels. The car’s got all-wheel steering, a system used in the 918 Spyder, 911 GT3, and 911 Turbo to improve stability at speed.

If the Mission E becomes a reality, it will surely turn heads with car fans all over the world. It’s a low rider (4 feet, 3 inches tall), with a low sweeping roofline that’ll slice through wind and inconvenience for tall backseat passengers.

When it shares information about the interior of the Mission E it sounds like Star Wars meets Fantasy Land, with a proposed 3-D display that moves as the driver shifts position, eye-tracking and gesture control, and holograms. A camera in the rearview mirror can tell if the driver’s in a good mood, and display a matching emoticon in the dashboard.

The Mission E is but a concept and many believe that the car will never happen, but Porsche like all of the other carmakers has an incentive to offer a mass-market battery electric, because it will soon need to meet increasingly strict fuel emission standards from US and European authorities. Stay tuned because the next 2-3 years are going to be an exciting time as carmakers start searching for the electrical solution and be assured that at  John Harris Body Shop - Irmo we’ll keep you in the loop on all the latest car technology news.