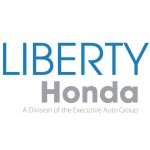 WELCOME TO LIBERTY COLLISION
Liberty Collision in Hartford, CT treats the needs of each individual customer with paramount concern. We know that you have high expectations, and as a car dealer we enjoy the challenge of meeting and exceeding those standards each and every time. Allow us to demonstra... Read More