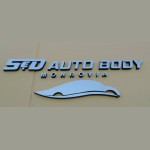 Will Methanol Cause the Demise of the Hydrogen Cell? 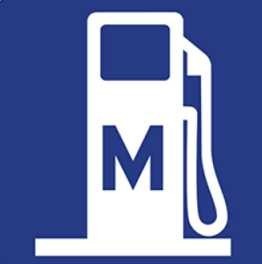 Will methanol vehicles eventually kill the hydrogen fuel cell vehicle? On a never ending journey to find the best and most environmentally types of fuel to power our planet's enormous fleet, methanol is gaining credibility rapidly. In September 2015, the first methanol fueling station was opened in Aalborg, Denmark with rave reviews and since then methanol has gained more and more traction worldwide.

At S And D Auto Body, we are a green company and that's why we're always interested in the newest and latest technology to make the world a better and cleaner place to live. So, here is a list of the benefits and drawbacks for using methanol as an automotive fuel today and in the future.

Some of the advantages of methanol fuel cell vehicles are: 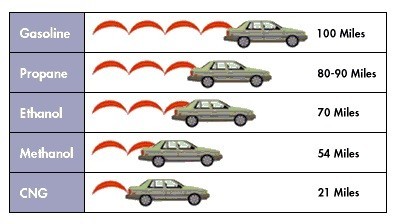 Other Interesting Facts About Methanol:

Pure methanol is required by rule to be used in Champcars, Monster Trucks, USAC sprint cars and other dirt track series, such as World of Outlaws, and Motorcycle Speedway. One of the reasons why race organizations prefer methanol is that in the event of an accident, methanol does not produce a dense cloud of smoke. Since the late 1940s, Methanol is also used as the primary fuel ingredient in the power plants for radio control, control line, free flight airplanes, cars and trucks; such engines use a platinum filament glow plug that ignites the methanol vapor through a catalytic reaction.

Drag racers, mud racers, and heavily modified tractor pullers also use methanol as their primary fuel source. Methanol is required with a supercharged engine in a Top Alcohol Dragster and, until the end of the 2006 season, all vehicles in the Indianapolis 500 had to run methanol. As a fuel for mud racers, methanol combined with gasoline and nitrous oxide produces more clout than gasoline and nitrous oxide alone.

So, as you can see from the list we've provided, methanol has a lot more positives than negatives. But, will it become viable enough to trump hydrogen and other alternative fuels that are currently under development? Will we see methanol-powered vehicles here in Monrovia, CA and will we be fixing them within the next 3-5 years? Only time will tell, but by moving away from using oil and shedding our dependency on it, we can change the world--one new fuel at a time.