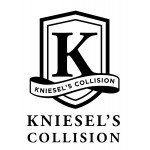 Google's Waymo is Searching for a Market

While literally hundreds of companies scramble for their piece of the pie when it comes to autonomous travel, Google is finding its way with the Waymo, Google's self-driving car project. Formerly known as Google Cars, the company changed the name to Waymo late in 2016, which also marks a whole new approach to self-driving vehicles.  At Shanahan's Auto Body & Paint, we are excited about the future of cars and we know that in  CA self-driving vehicles will be a huge part of that.

Google is 100% behind the concept of driverless cars, but they're not completely sold on eliminating the need for a driver altogether. The company's newest self-drivers are still going to include steering wheels and pedals, even if the vehicle is entirely capable of driving all by itself. There were no specific details yet provided within Waymo's overall business plan, but their mission is to deliver their technology to market quickly and make a profit by forging a partnership with an existing carmaker.

Google is not a rookie when it comes to developing self-driving cars and the company has been aggressively working on them the past 8-9 years. Their initial team was under the Google X "moonshot" division, and  was primarily a research and development effort at its outset. But as more and more high-tech companies and car manufacturers worldwide have amped up their own self-driving car efforts over the past two years, the demands for Google to steer its autonomous project toward becoming a money-making enterprise became great.

Earlier in 2016 Google signed a deal with Fiat Chrysler to outfit 100 Pacifica minivans with Google's radar, cameras and lasers. Google reported that the agreement was made to promptly add to its fleet in order to further test its systems and prepare them for a consumer market.

Is Google out of its league and should the company simply stick to what it knows how to do, which is provide the best search engine in the universe? Many experts are saying yes--Google should step to the side and let companies such as Tesla and others as they take on this potentially enormous marketplace for autonomous cars. But, maybe that has changed with Waymo--a viable way to fast track self-driving cars with the support and power of Google behind it.

Pretty soon, maybe we will be seeing Google self-drivers all over the roads in Sacramento and throughout the state of CA. So, stay tuned--because maybe soon Google's Waymo will be a household name and an integral part of our daily lives.