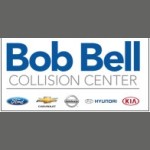 Bob Bell Collision Center is a one-step solution for all your automotive needs. We are a family owned business and are continually providing high quality collision repairs and excellent customer service. Our focus is to ensure you have a positiv... Read More

Will Steam-Powered Cars Re-Gain their Momentum?

People think that steam-powered vehicles make sense, because steam does not harm the environment and it’s easy to create. Well, some of this is true, but steam-powered vehicles are not a natural fit for today’s society in many ways. Here is a brief history of steam automotive transportation, brought to you by Bob Bell Collision Center, a shop that respects the environment and is always looking for a better way.

In the late 1880s, steam cars were more popular than gasoline. Between 1899 and 1905, the Stanley Steamer outsold all gasoline-powered cars in the U.S. Steam engines had been in development since the early 18th century, because gasoline was just entering its heyday and internal combustion engines were still in development.

Quickly, internal combustion engines caught on, and steamers were doomed by having to carry around heavy boilers. Steam-powered vehicles still get attention because they can burn fuel like garbage, wood, and crude oil (In fact, General Motors introduced two experimental ones in 1969) but they are relatively inefficient and weigh too much.

In 2009, a modern steam car broke the speed record set by a Stanley Steamer in 1906 when it exceeded 130 miles per hour, but it weighed more than three tons and contained more than two miles of steam tubing. For the last 90 years, steam cars have remained on the verge of extinction, the hulking beasts being wheeled out for vintage car shows but not much more.

In the 1990s, a Volkswagen R&D spin-off called Enginion claimed it had built a steam engine that had comparable efficiency to internal combustion engines.  In recent years, Cyclone Technologies claims it has developed a steam engine that’s twice as efficient as an internal combustion engine. As of today, though, steam engines have found their way into commercial vehicles, because of the weight issues and the obstacles associated with finding a way to scale out mass production of steam vehicles while making them affordable.

In the future, it’s unlikely that steam cars will ever take over the internal combustion engine, if only because of the enormous momentum of Big Oil. One day, however, when we finally decide to take a serious look at the future of personal transportation, maybe steam power will allow us to realize a world with cleaner air and a better way of getting around, something we’re all looking for here at Bob Bell Collision Center!