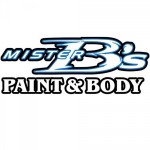 Mr. B’s is a family owned and operated collision repair facility in Albuquerque. Since 1978, we have provided to our customers the best in autobody repair service, incorporating the latest technology to repair your vehicle. With an ... Read More

The U.S. government has warned carmakers that they need to work harder and smarter to protect the electronic and computer systems that they have in all of their new vehicles from hackers. By developing multiple layers of defense into a vehicle, car manufacturers can keep a car safe and secure a throughout its life, U.S. regulators said recently. 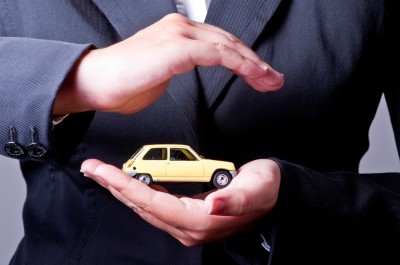 With reports that our recent election was allegedly hacked into by the Russians, car cyber security is right at the top of many people's lists and that's why the U.S. National Highway Traffic Safety Administration (NHTSA) is on the job. At Mr. B's Paint & Body, Inc., in Albuquerque  we are amazed by all of the new technology that goes into today's cars, but we also realize that with innovation there are also hurdles to overcome along the way.

The most recent cybersecurity guidelines issued by the NHTSA are simply recommendations at this point, not surely not rules or even laws. But, they do represent a definitive step to establish a road map for industry protocols as lawmakers and car owners persuade carmakers to proactively protect connected and automated vehicles from cyber attacks.

In the NHTSA's paper titled "Cyber Security Best Practices for Modern Vehicles," it outlines several moves that many of the major manufacturers in the world are already doing, including the establishment of a group that was designed to share data about cyber security threats as they occur.

Auto manufacturers fast-tracked efforts to deal with hacking threats in 2016 after data security researchers effectively took complete control remotely of a Jeep Cherokee. Fiat Chrysler Automobiles in July 2015 recalled 1.4 million vehicles to install software to guard against future data breaches and others, including BMW AG and Tesla Motors Inc, are acting quickly to eliminate potential data security gaps before they let hackers in.

The security of data and communications systems in our cars is also significant as more and more vehicle manufacturers join Tesla lead as they start offering major vehicle upgrades via wireless data links. The FBI recently warned that criminals could exploit online vehicle software updates and cause havoc as a result.

The NHTSA strongly suggests that manufacturers perform tests of vehicle systems themselves in order to observe if their cyber security systems can be infringed upon, and then documenting their testing and assessing of the risks involved.

Anticipating rather than reacting seems to be the best way to thwart these highly sophisticated hackers and that's why the entire country, including here in Albuquerque, NM is concerned about this growing predicament. As carmakers come up with solutions for protecting their cars' cyber security systems, the hackers are out there working diligently to break through. It is a never-ending tug-of-war and the battle for vehicle security is a battle that won't likely ever end.