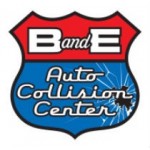 If you’re in the market for a new vehicle or are just curious about the safety ratings of what is available for 2017, you’ll want to check out the Insurance Institute for Highway Safety’s (IIHS) Top Safety Picks report.  Safety is always a priority at B & E Automotive Services and that's why we love to share these safety-related blogs with you. We see many of the cars mentioned here in Virginia Beach, VA and we can see that indeed they are vehicles made with safety in mind.

Every year since 2006, the IIHS conducts specialized tests to determine how well new vehicles will perform in a crash. They are also rated for front crash prevention. The top-performing vehicles receive a Top Safety Pick rating and

since 2013, the IIHS has also given out Top Safety Pick+ awards to those who meet additional standards.

Toyota and Lexus had the highest number of Top Safety Pick+ awards and Honda and the company’s Acura division also had an impressive outcome.

Adrian Lund, IIHS president, said they raised the bar this year and added new headlight evaluations as well as automatic braking technology. The goal is to encourage manufacturers to offer the best protection available for those who are in a car crash.

To receive an award, the vehicles must perform well in five tests: the small overlap front, moderate overlap front, side, roof strength and head restraint. In addition, they must receive an advanced or superior rating for front crash prevention with standard or optional auto brake. To qualify for the Top Safety Pick+, they must also have an acceptable or good headlight rating.

Since the new headlight ratings were launched in the Spring of 2016, many of the manufacturers improved the headlights on their vehicles and earned Top Safety Pick+ awards. The Subaru Forester was one of them. Mitsubishi and Toyota also made improvements. However, out of all of the 2017 models, only seven had good-rated headlights.

IIHS said that another important part of the criteria for safety is the emergency auto braking function. Research has shown that car crashes are cut in half when vehicles utilize this system. Auto braking must perform well in the crash test to receive the Top Safety Pick accolade, and IIHS found the function is standard on more models this year. Car manufacturers have pledged to make this feature standard in all vehicles by 2022.