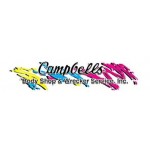 Here at Campbell’s Body Shop and Wrecker Service, we pride ourselves on excellent customer service and having trained and I-Car Gold Class certified technicians. Services that we provide include auto body and collision repairs, dent... Read More

The Motorsports Hall of Fame of America

Everett Brashear, Richard Childress and Chip Ganassi. What do they all have in common? Not only are they all top racers in their specific motorsport, these heroes of horsepower have all been inducted into the Motorsports Hall of 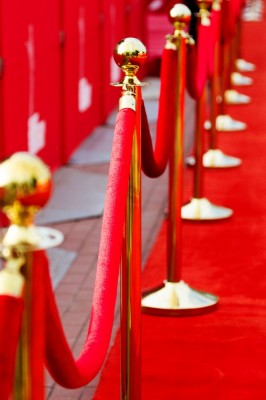 At Campbell's Bodyshop & Wrecker Service, we love motorsports and cars in general and that's why we're happy to be sharing this blog with you.

Originally based in Novi, Michigan from 1989-2015, the MSHFA relocated to Daytona Beach, Florida in 2016. The official grand opening of the new location at the Daytona International Speedway is scheduled for February 17. A special dedication of the Robert E. Petersen Theater will also take place that day. MSHFA received a $2.5 million grant from the Margie and Robert E. Petersen Foundation to develop the theater, which is expected to attract thousands of motorsports fans each year.

What sets this museum apart from others?

MSHFA honors those from a full range of American motorsports, including cars, motorcycles, off-road, powerboats and airplanes. Since the first induction ceremony was held back in 1989, the MSHFA has honored nearly 250 legends from a variety of racing disciplines. It is operated by the non-profit Motorsports Museum and the Hall of Fame of America Foundation, Inc.

What will you find inside?

Inside this world center of racing, you’ll get a glimpse of the heroes and their history. Eventually, the museum is expected to showcase vehicles, memorabilia, and plaques that honor these legends.

According to the MSHFA, those interested in being inducted into the Hall of Fame must have “…driven, piloted, ridden, owned, designed, built, supported, maintained, prepared, or promoted motorized vehicles in pursuit of speed, distance, endurance, or other records: or in racing, endurance of other competition.”

Know of someone to nominate?

Nominations must include a 100-word biography that includes the major achievements of the racer you would like inducted into the Hall of Fame.

The final decisions are made by a voting panel consisting of 200 members, which include historians, journalists, retired competitors and prior inductees. Those who are inducted receive the “Horsepower” award—a bronze statuette created by Michael Curtis, a sculptor based in Ann Arbor, Michigan.

People all over the world enjoy motorsports and we know that are a lot of fans who follow it here in Spartanburg, SC so if we ever get a chance to visit the Motorsports Hall of Fame of America we surely well.

We strive to bring you relative content from Campbell's Bodyshop & Wrecker Service in Spartanburg , SC .