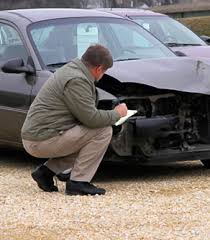 In 1898, in the small town of Enumclaw, Washington, a group of residents joined together to create the Farmers’ Mutual Insurance Company. When bad things happened losses were tallied and each member paid their respective share.

The company focused on serving farms throughout Washington State up until the late 1940’s when it began to offer insurance for families.

In 1952 the company moved into Oregon and Idaho.

In 1963 the company began to offer commercial insurance for main street business throughout Oregon, Idaho, and Washington.

On May 1, 1966, the name of the company was changed to Mutual of Enumclaw Insurance Company.

In the summer of 2002, Mutual of Enumclaw expanded into Utah.

Enumclaw Property and Casualty Insurance Company launched in Washington in December 2002 to help us grow into new markets and to offer new and innovative products.

In 2012 and 2014 Mutual of Enumclaw was ranked by independent agents as the number one insurance carrier for handling claims fairly and promptly.

In April 2014 began to serve new friends and neighbors in the great state of Arizona.

In June 2014, for the third year in a row, our employees nominated Mutual of Enumclaw for recognition as one of the 100 best places to work in Washington State.

We're excited about the future. Whether you are a policyholder, an agent, or one of our talented employees we know that there is no way we could have gotten this far without you.  Thank you.