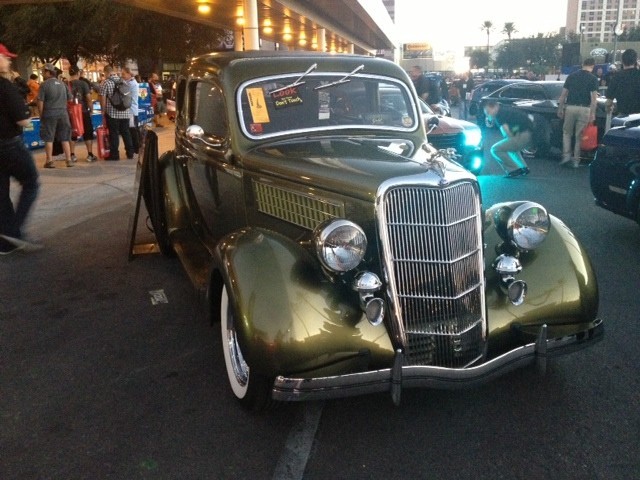 In the internet age, where every bit of buying and product information is as close to you as your phone or computer, why do we still have tradeshows like SEMA? What could be so compelling to draw over 60,000 people to come to Las Vegas for four days in November?

I used to work in the tradeshow business during the early days of the internet. There was definitely an unspoken fear that one day the internet would put us all out of the job. In fact, in some industries that I serviced, we were put out of the job. I saw entire tradeshows dwindle down to nothing before finally disappearing entirely like SUPERCOM in Atlanta, and COMDEX in Las Vegas in 2003.

Back in those days, bigger was never big enough. Booth design was driven by a company's desired image, and not by budgets. Before the internet age, tradeshows were the only place to gather thousands of buyers and wow them with your product and your “coolness”. It was fun while it lasted.

This was Samsung's booth at the very last COMDEX, just to give you an idea: 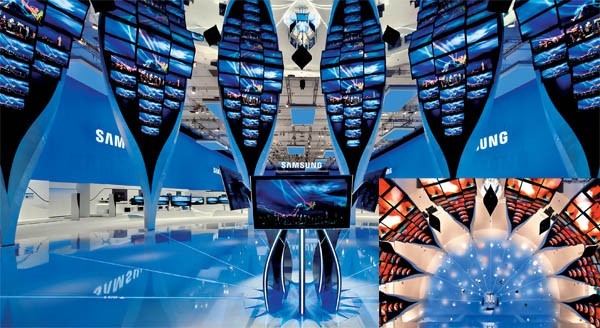 Why Does SEMA Continue to Grow?

As I have been saying this week, I have been to 14 SEMA shows, and sure, there were times when the economy kept some of the attendance down. Thankfully, for the most part, SEMA continues to be one of the top 5 largest tradeshows in the world.

A Short History of SEMA

SEMA began in 1963, when a group of small manufacturers (who basically made and sold speed parts for early hot rods) decided that they needed to organize their fledgling industry and they named it "Speed Equipment Manufacturers Association" (SEMA).  That name got modified in 1970 when government pressures and regulations made “Speed” be replaced with “Specialty”.

The first SEMA tradeshow dates back to 1967, when it was held in the basement of Dodger Stadium in Los Angeles. That year, 98 manufacturers exhibited with nothing more than booths made out of card tables and hand painted signs.  That first SEMA show boasted a total attendance of 3000 people. 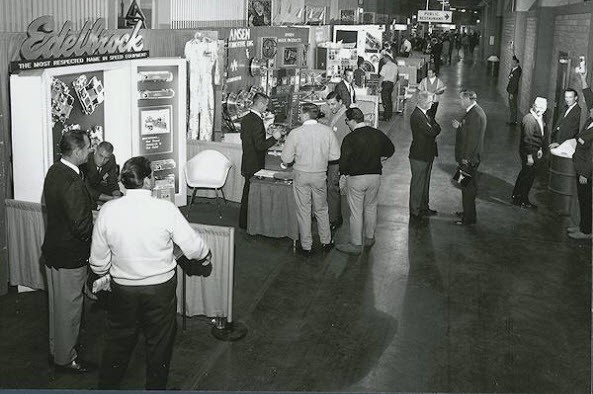 That year, there were 5 cars on display, including a 1967 Ford GT40 in the Shelby America booth, and a drag race prepped Dodge Dart. Steady momentum and growth from 1967 to the early 1970s matured the show and exhibitors first began to ship in more sophisticated booths. Back then you could rent a booth space for just $375. 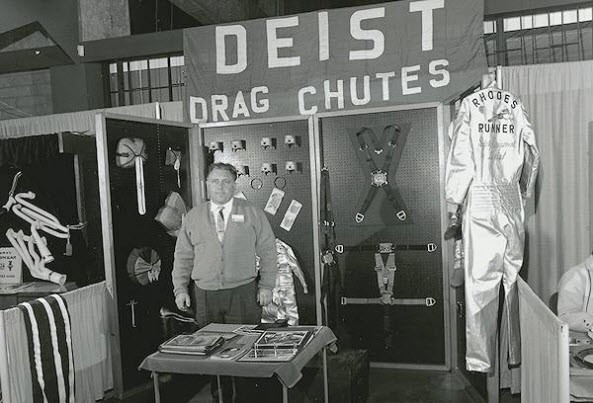 Walking the floor today, you can still see some of those same vehicle makes and models on display. Even some of the same speed parts are in attendance. The one thing that has never changed is exactly what draws people to this show since 1967: Cars and people.....but not just any people. The SEMA show is not open to the public the way an autorama is.  You have to be a buyer, a seller, a shop, a celebrity or a member of the media. 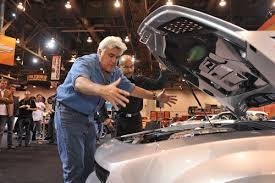 SEMA is THE show where deals are made. Despite the size of the attendance, the aftermarket world is still pretty tight knit and it is easy to make connections that will ultimately lead to sales.

The cars on display at SEMA are typically purpose built. Meaning they are often built just for this show. Any builder is allowed to submit proposals for new builds to the manufacturers, and can often buy a vehicle for just a dollar. They can then customize it with aftermaket parts that are often donated or made specifically for that car. In some instances, it serves as R & D for an aftermarket part manufacturer, and a test of the demand for that part among the buying public. The OEM manufacturers select a few of the concepts to be built for use in their displays. 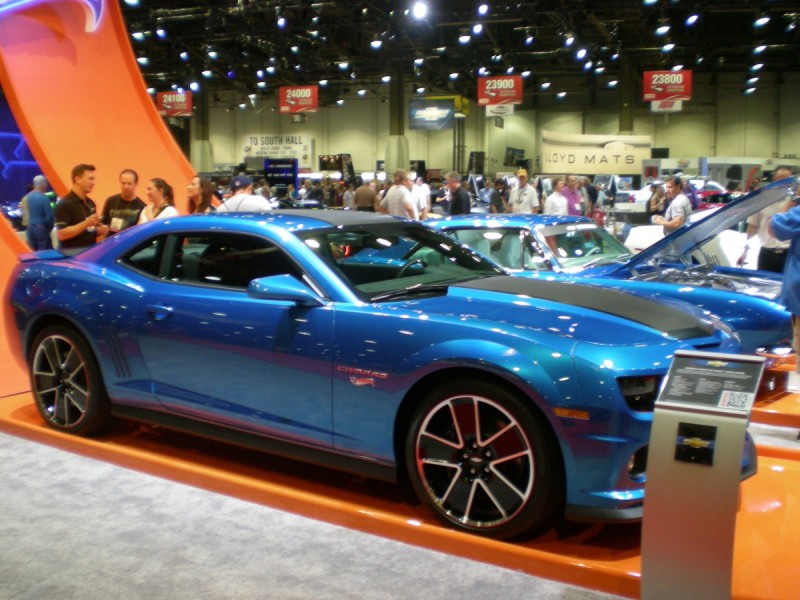 The SEMA show is a place where ideas get shared, connections get made and if you are a shop or an up and coming builder, you can often make the connections necessary to put your shop on the map with just the right build.

So, What Brings People to SEMA Every Year? The Passion for Cars.

Just because you work in the auto body or aftermarket industry, that doesn’t mean you don’t love cars. Quite the opposite is true for most folks. It is the passion for cars that draws certain people to the automotive industry. So many of the attendees are not just buyers of automotive parts and supplies. They are enthusiasts.

Outside the show halls, you will find hundreds of cars that were personally brought in by such SEMA consumers. Getting a car indoors in a SEMA booth is quite an achievement, but exhibiting outdoors is just as notable. May cars on display outside are built by talented builders who have used the parts and techniques learned from inside the show. 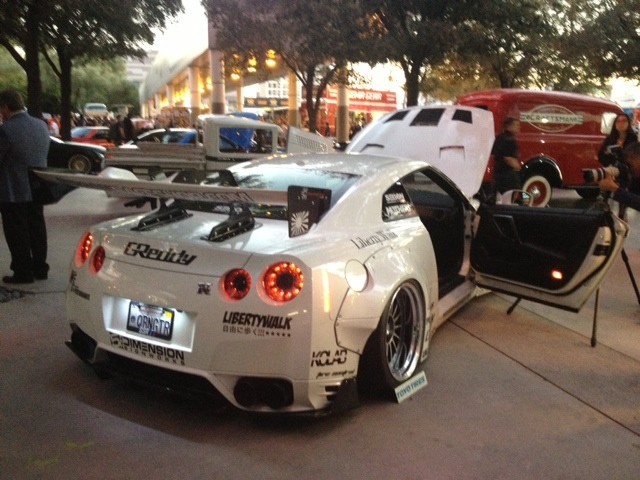 While speaking to the vehicle owners, I would ask them, “What made you want to bring your car to SEMA?” Regardless of how diverse their cars were to others, or how they were all from different walks of life, they all said the same thing: they are at SEMA because they love cars.

“SEMA is all about everyone’s passion for cars. Every car here is so different, and I think they put their heart and soul into their build and it truly defines who they are as a car builder. They make that car about them and what they enjoy.” (Paul Garcia, Featured Car Owner).

For the auto body repair industry, there is more to SEMA than just vendors who are selling the newest, and latest in go fast and look cool parts. SEMA is all about information and education.

For example, there are classes held every day at the North Hall, either by I-CAR or SCRS (Society of Collision Repair Specialists). With these classes, those of the automotive industry are able to get ahead in their expertise, as well as be more knowledgeable than before they arrived. During the show, there are classes about repairing the newly redesigned and all aluminum Ford F-150, estimating tips, and even classes on how to do effective hiring/termination within your business. There are posters at the entrance of the North Hall that show a list for the times and location for the classes, or you can go to booth # 10849 for more information!

I have been building cars in my home garage since I purchased my first vintage car at age 14. I have built over twenty hot rods and vintage cars since then. For me as a home garage builder, SEMA is also about inspiration. I leave the SEMA show so filled with ideas and concepts that I can’t wait to get home to the comfort of my tools and my projects and start working.  SEMA lets you explore the possibilities, which is important for those who are always striving to push all the boundaries.

So why do we keep coming back to SEMA even in the internet age?

Because we all still love it so much.

Richard C. had this to say about Jerry's Leesburg Collision

I am BEYOND happy the service, the repair, and the cleaninless of my vehicle.