Tim Clark Dedicated His life to the Collision Industry

Tim Clark, a highly respected veteran of the collision industry, who was known for being a great friend, business associate, father and husband, passed away on the evening of Jan. 19, 2015. Tim Clark passed away in his home, located in Columbus, Ohio, with his wife and daughter by his side. Tim Clark was 62 years old, and is survived by his wife of 41 years, Mary, daughters Shauna (husband Ryan) and Krista (husband Victor), son Noah (wife Hilary), and 10 grandchildren, all of whom he adored. 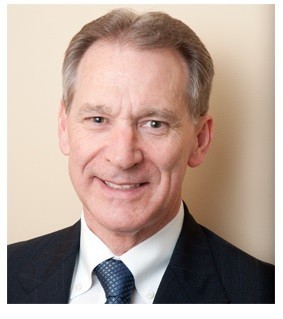 After graduating with a B.A. from Washington State University, Clark began his career as a field claims adjuster for Safeco Insurance, where he spent more than two decades working for the company. He worked his way up within the ranks and eventually became the Vice President in the claims division. During this time, he played a major role in the integration of the Safeco and American States claims organizations.

Following his tenure at Safeco, Clark went on to assume executive roles with Safelite Auto Glass, Performance Claims, and most recently Fix Auto USA, where he served as Vice President of Insurance Services. He was always very active in the collision industry and served on numerous boards, including the I-CAR Executive Board during its formative years.

The people who worked with Clark appreciated the fact that he loved his job, but he also took the time to have some fun, too.  He loved traveling, and especially enjoyed visiting Rome, Venice, Paris, and Sao Paulo in Brazil. As a young man, he wanted to be a policeman because, “they drove fast cars and put bad guys in jail.” He said that his #1 accomplishment in life was raising three wonderful children, and the best advice he could offer anyone was, “don’t sign for the keg.” He supported a wide range of charitable organizations, including World Vision, Children’s Hospital, and others through his church.

Diagnosed with inoperable brain cancer in early September 2013, Clark lived well past what his doctors initially predicted. He took this time to visit with old friends and to let them know how important they were to him. Everyone who met the man was immediately impressed by his warmth, sense of humor and winning smile, according to both his closest friends and business associates.

Funeral arrangements are not yet finalized.  When they are made available by the family, they, along with information to send cards, flowers or donations, will be posted on the Fix Auto USA home page.

Patricia M. had this to say about Cascades Auto Body

"Unfortunately" this is second time I have had necessity to use your services. I thank you for your polite and efficient personnel at all levels. I am impressed by the speed at which my car was repaired. My son came by today and said "they sure did a nice job, Mom". I also thank you for vacuuming the interior. Pat M.