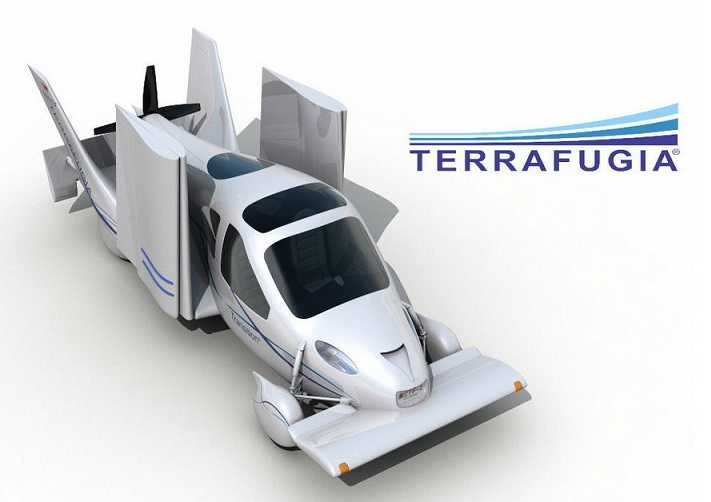 Both Henry Ford and the Wright Brothers must have dreamt about a car that could fly, but did they really think it would ever be a reality? Once a crazy idea, this concept is no longer just a wild dream. Flying cars is something right out of the Jetsons, but they are no longer figments of our imagination. Say hello to the Terrafugia Transition, the morphing of a car and an airplane. The result is astonishing, including the performance and of course—the sticker price.

Terrafugia Transition was designed to operate as both a small aircraft and an on-road vehicle. Terrafugia began developing the Transition in 2006 and production versions of the vehicle won’t be available until 2021. In addition, the company is also developing a Hybrid-Electric model called the TF-X which should go on the market six years after the Transition. Featuring folding wings, a pusher propeller and a twin tail, the Transition is both air ready and road ready in just minutes!

The car is designed to carry two people, plus luggage, and uses only a single tank of unleaded gasoline. Made out of carbon-fiber, the Transition will reportedly have a range of 489 miles, using automotive premium grade unleaded and with an average cruising flight speed of 107 mph. Equipment includes a Dynon Skyview glass panel avionics system, an airframe parachute, and an optional autopilot. On the road, it can drive up to 70 miles per hour, so you won’t be able to speed excessively in the Transition.

Five years ago, it was announced that the Terrafugia Transition had been granted an exemption from the FAA concerning its Maximum Takeoff Weight (MTOW) allowing the Transition to be certified with a take-off weight up to 1,430 pounds. And the National Highway Traffic Safety Administration (NHTSA) approved requested changes to the car/plane around the same time, including the use of lighter weight motorcycle tires instead of RV tires, polycarbonate for the windshield and side windows, basic airbags instead of advanced, dual stage airbags and to not include an electronic stability control system. They made it lighter and faster and hopefully safer as well.

The base price of the Terrafugia Transition is $279,000 and the company has more than 200 deposits for the car that flies. Many celebrities (names withheld) are lining up to have the very first Transitions. With options and additional equipment, the Transition can cost as much as $420,000! 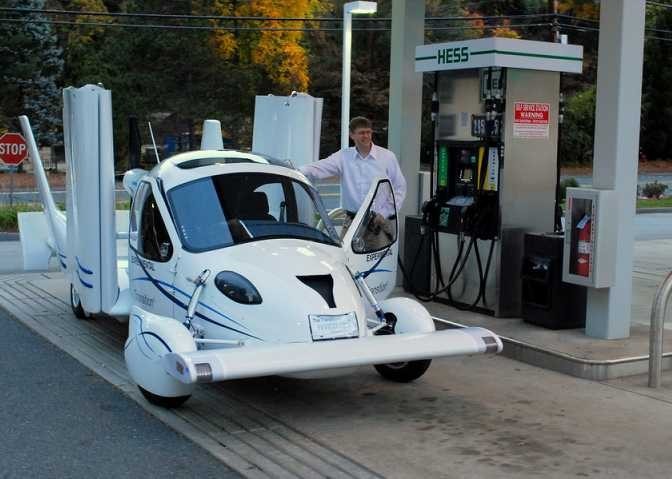 How does this flying car affect the collision repair industry? Well, only time will tell. But, imagine the day when you’re not just fixing cars, but planes that drive as well? Will there be DRPs dealing with the Terrafugia Transition and will they be able to get enough miles out of a gallon of gas to adhere to CAFÉ laws? And will there be special I-CAR classes training techs about how to work on the Terrafugia Transition? Right now, shops are scrambling for certifications with leading brands (Tesla, BMW, Porsche, etc.) so who will be the first body shop in the country to be 100% certified to work on the Terrafugia Transition? (I bet it’s one in close proximity to an airport.)

Stay tuned—because the sky is the limit with cars that can fly and the Transition is the first version, but undoubtedly many more will follow. By the year 2040, we’ll be laughing at people who still drive on the ground as being late adapters--like folks who still use VHS and old flip cell phones.

Barbara J. had this to say about Platinum Auto Body - Sterling

Very efficient. Very communicative. They made the entire process a pleasure