What are Roundabouts and How Do They Save Lives? 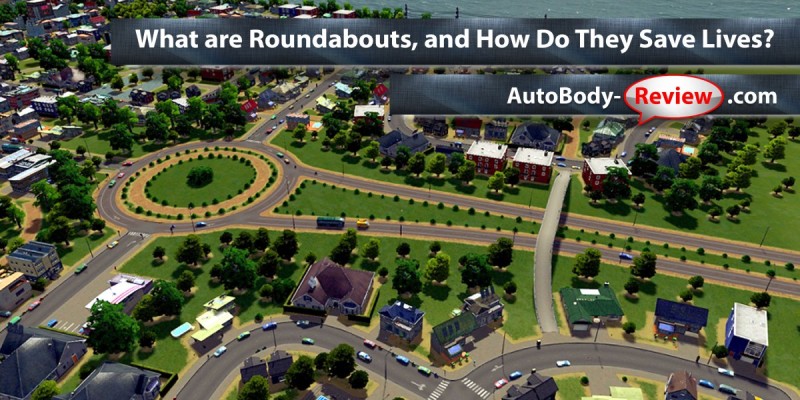 Roundabouts. You have likely encountered them in small, quaint towns, or if you have ever driven in other parts of the world. Consisting of a tight circle, a roundabout forces drivers to slow down, and as a result, the most serious types of intersection crashes — right-angle, left-turn and head-on collisions — are much less likely to occur. Experts claim that they are a safer alternative to traffic signals and stop signs. 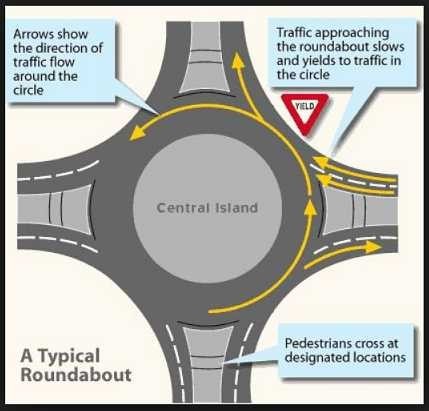 Some Facts about Roundabouts

Roundabouts allegedly improve traffic flow and are better for the environment. Research shows that traffic flow improves after intersections are converted into roundabouts.

Green-minded civil engineers also like the fact that roundabouts are better for the environment, because cars are always moving in a roundabout, which means less idling and thereby reduces vehicle emissions and fuel consumption overall.

Roundabouts are also much safer for pedestrians, because they allow pedestrians to walk on sidewalks around the perimeter and cross only one direction of traffic at a time. Crossing distances are relatively short, and traffic speeds are lower than at traditional intersections.

The modern roundabout is a circular intersection with design features that promote safe and efficient traffic flow. It was developed in the United Kingdom in the 1960s and now is widely used in many countries, and increasingly in the United States. 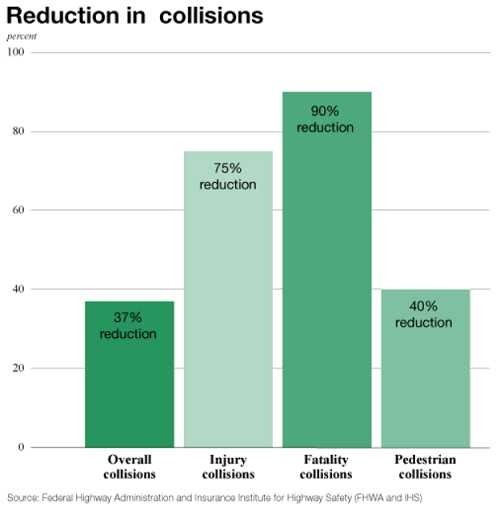 Moving in a New Direction

At roundabouts in the U.S., vehicles travel counterclockwise around a raised center island, with entering traffic yielding the right-of-way to circulating traffic. In urban settings, entering vehicles negotiate a curve sharp enough to slow speeds to about 15-20 mph; in rural settings, entering vehicles may be held to somewhat higher speeds (30-35 mph). Within the roundabout and as vehicles exit, slow speeds are maintained by the deflection of traffic around the center island and the relatively tight radius of the roundabout and exit lanes.

Slow speeds aid in the smooth movement of vehicles into, around, and out of a roundabout. Drivers entering a roundabout must reduce their speeds, look for potential disagreements with vehicles already in the circle and be prepared to stop for pedestrians and bicyclists. Once in the roundabout, drivers continue to the suitable exit, following the direction provided by traffic signs and road markings.

So, will the U.S. start switching over to roundabouts now or will they get around to it gradually and how it will affect the collision industry? Some cities and towns nationwide are converting their busiest intersections into roundabouts while others are still doing their research before they make the move. Either way, they won’t likely reduce the amount of collisions in the country, at least until drivers become comfortable with the traffic changes associated with roundabouts.

Susan R. had this to say about Jerry's Leesburg Collision