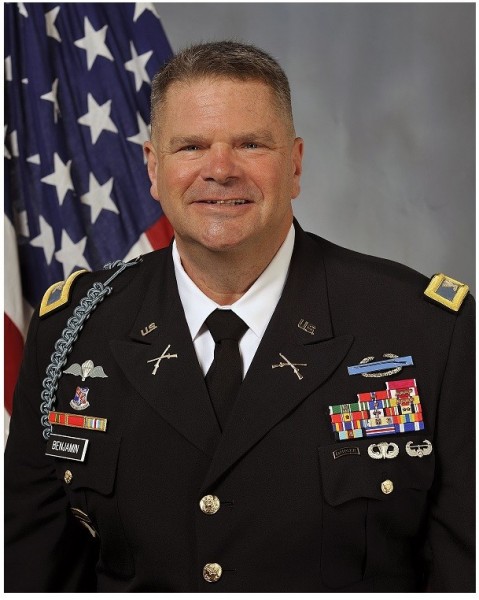 Robert is a graduate of Western Illinois University (BA History), Vanderbilt University (MBA), and the US Army War College (Masters of Strategic Studies).  He began a military career in 1984 as a US Army Infantry officer. His awards and decorations include: the Legion of Merit Medal, three Bronze Star Medals, the Combat Infantry Badge, Ranger Tab, Parachutist Badge, and the Air Assault Badge.  He retired as a Colonel in 2014 after a 30 year career as an Airborne Ranger and multiple combat tours in Iraq and Afghanistan.

Outside of his Army service, Robert has had a successful career leading and developing world class service and manufacturing operations. This includes time leading the Tyco International Manufacturing and Mergers and Acquisition Teams, as well as leadership of The Ensign-Bickford Company’s Midwest Business Unit where he led an aerospace industry team on a two-year Lean journey to develop a Lean Manufacturing operation.  His efforts were awarded the Shingo prize for Lean Excellence in 2001.

In 2001, Robert joined Sterling Collision Centers. His duties progressed from Director of the Michigan and Illinois regions to Vice President of Nationwide Operations in 2009.  His leadership, Lean process implementation, and Quality focus resulted in the development of an outstanding industry recognized team of leaders.  Robert is active in the NABC’s Recycled Rides program and Operation Provide Comfort.  He is the father of three beautiful daughters: Sarah-Jean, Kayla, and Chelsea.  Pacific Elite Collision is happy to welcome him as Chief Operations Officer.

Pacific Elite Collision Centers is a family owned and operated MSO of 15 auto body repair shops. With Pacific Elite, customers enjoy the same personalized customer care and attention to detail that is expected of local, independently owned auto body shops. You can learn more about Pacific Elite at http://www.pacificelite.com/, or you can follow them on Facebook or Twitter.

Joanna S. had this to say about Nova Automotive Center

the team was timely and efficient. we'll use them again if we need to. thanks!