New Ford, No Keys. Is this the future of the Automobile? 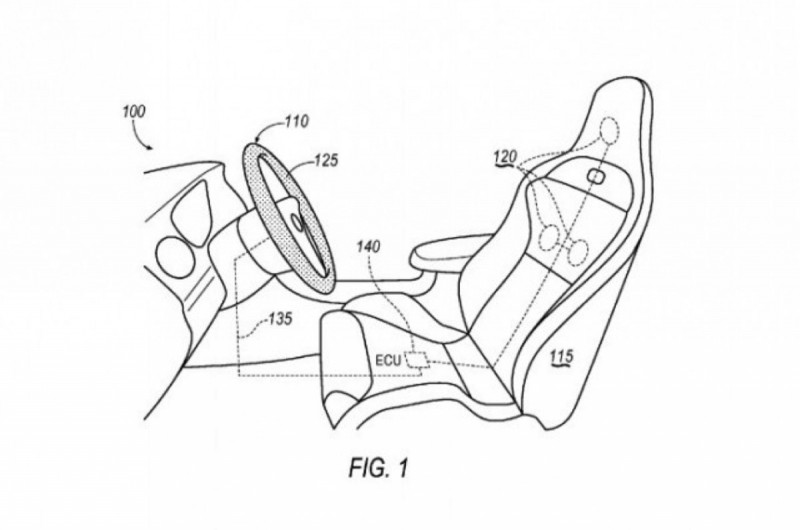 Henry’s Ford’s first car, the Model T, didn’t come with car keys. You couldn’t start it with a key and you couldn’t lock the doors with a key. Henry Ford’s next batch of cars might not come with keys either.

Kind of weird isn’t it, the idea of not having to grab your car keys on the way out the door? Well in the near future car keys may become a thing of the past. But perhaps the complete elimination of the car key could prevent such disasters from occurring such as the ignition key issues currently plaguing GM.

Remember how cool it was when the Iphone 5 came with a fingerprint scanner as a way to quickly unlock the phone? Well Ford Motor Company filed patents this week that will incorporate a similar biometric input sensor to both unlock the doors and fire up the engine.

Ford’s patent application # 20140285216 is listed as a "SYSTEM FOR ENHANCING SIGNAL QUALITY FROM CAPACITIVE BIOMETRIC SENSOR IN A VEHICLE FOR CONTINUOUS BIOMETRIC MONITORING". Deeper into the description, Ford's documentation of the system is equally vague

In layman’s terms, Ford has filed a patent for cars equipped with biometric sensors in the steering wheel and the seat that will monitor heart rate, temperature, and other biometric data.

The possibilities for such a system could likely include the following:

Vehicular Security: Like fingerprints, or even iris shape, your own heart’s cardiac rhythms are unique to you. On a vehicle equipped with sensors in the steering wheel, the car could read a driver's fingerprints to ensure that the person in the driver's seat is actually the owner or other authorized user. Additional sensors in both the steering wheel and seat that measure the driver’s pulse could also confirm the driver’s identity. Your finger print could also unlock the car simply by touching it.

Cabin Comfort: In an attempt to reduce driver distractibility, these biometric sensors could read the body temperature of the driver and adjust climate control automatically. There would be no reason to manually change the a/c settings because the car would respond on its own. Presumably, sensors could be added to passenger seats to create a range of climate zones within the vehicle.

Autonomous Driving: This is the most likely use of the biometric sensors. As each car manufacturer races to the future with the self driving car, the laws currently require that a live driver is present in the vehicle to take over controls if there is a malfunction. At least those are the current laws in the few states that have laws on the books.

With biometric sensors, there would be no chance that a car could drive itself with no one in it. Additionally, the technology presented by Ford, could also monitor the driver to determine if they are awake or dozing off. The vehicle could then switch into self-driving mode while sounding a wake up alarm. Or, if the sensors detect an irregular heartbeat, the system could alert the driver, switch to autonomous driving mode and trigger the vehicle to stop.

The true potential, and intent of Ford’s technology has yet to be seen commercially, however the fact that it is now pending a patent, you can be sure that the technology works, is ready, and has a future plan already in place. All that is left is to wait and see what Ford has in store for us next.

Kerri A. had this to say about Leehigh Autobody And Service Center

From the time I walked in the front door the service was excellent. I was blown away by the video update. I also received updates via email and it was always followed up by a phone call. On a scale of ****-10 I’d give you guys a 210!!! Outstanding! Thank you so much! I will be back and I will recommend you guys to everyone.