Is airbag theft on the rise? 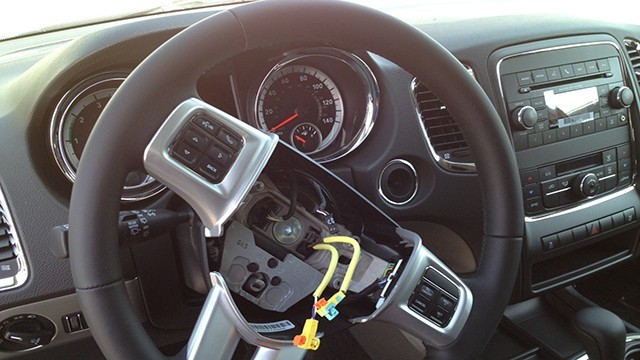 This week my town got hit pretty hard by a band of airbag thieves. Sixteen cars had their airbags stolen in one night! This is remarkable because I live in a very low crime area. In fact I wouldn’t be surprised if those 16 cars had unlocked doors all night because we live in that kind of community where locking car doors is optional for some.

So if airbags are getting stolen in my sleepy farming town outside of Baltimore, I wondered if airbag theft was on the rise again. I’m especially curious if perhaps all the long wait times to get a car repaired after all this sever winter weather in 2014 might have caused parts shortages which are increasing the number of auto parts thefts.

Is airbag theft on the rise?

The National Insurance Crime Bureau reported that thieves steal nearly 50,000 airbags in the US alone, (worth about $50 million) each year. We could expect even higher numbers, but there s still a large portion of cars on the road that pre-date the factory airbag if you can believe that.

Why do thieves target airbags?

Thieves steal airbags because they are expensive and quick to steal. A thief can steal an airbag in under six minutes. When a car is involved in a front end collision where the airbag is deployed, the whole airbag has to be replaced. You cannot simply repair or repack them. In addition, any damage to the steering wheel or dashboard sections has to be replaced. The sensors and other electronics must also be replaced.

Despite the speed that they can be removed, in order for a mechanic or auto body shop technician to properly, legally and safely replace an air bag is also a very labor-intensive job: An airbag has to be installed by a trained technician. If the car had side airbags, the cost would be even higher, but these are usually not stolen because they take a longer time and are not always self-contained. Sometimes the high-pressure airbag inflating canister is located somewhere else on the side of the car. Despite their cost, airbags are relatively easy to remove, transport and store. This has created a thriving black market for stolen airbags. A shady mechanic or body shop can buy a stolen airbag illegally for $200, then charge the customer or their insurance company the full price for the replacement and pocket the difference. At an auto body repair shop, a significant portion of the cars that are worked on need air bag replacement.

Roaming punks and thieves are not the only ones that can steal airbags either. Some crooked mechanics and repair shops have been caught stealing airbags from customers. Instead of a thief breaking into your car and taking out the airbag, which sometimes requires the little more than the removal of just four bolts, mechanics can remove them at their leisure while they “repair” your vehicle in their shops.

Air bag theft scams to watch out for:

The pullout happens when your old airbag is pulled out to look as if it deployed in your car accident (even though it actually didn’t, and usually happens after you have dropped your car off for repair). Mechanics then replace it with a cheap bag they bought on the black market, or don’t replace it at all. Either way, they bill you or your insurance company for the full price of a new airbag.

The switch happens when you’ve been in a car accident but your airbag didn’t actually deploy. Your original airbag is removed, and then another deployed airbag is put in its place. The mechanics bill your insurance company for an airbag replacement, and then simply put your old airbag back in. They might also sell your airbag and replace it with a cheap counterfeit version, or replace it with old rags or similar materials. Without a thorough inspection by a qualified technician, it’s impossible for the average person to tell if a real airbag is still in place and functional. 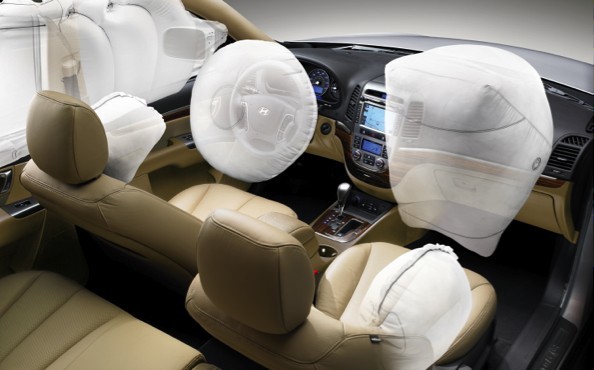 So how dangerous is getting a cheaper airbag installed in place of your?

Lots of airbags are for sale on eBay, so wouldn’t used and undeployed airbags be fine?

Yes, a used airbag can be a good deal — if it meets several conditions:

It was properly and professionally removed

Of course, if the used airbag was installed as part of a repair shop scam, how many of those conditions do you think the airbag actually met? Likely none.

Do airbags ever expire?

It’s an excellent question, since safety is our number one priority and we want to ensure that each and every one of our customers has a vehicle that is fully equipped to handle anything that might happen on the road.  If you are concerned that your airbags might need to be replaced, here is some important information you should know:

The age of your vehicle can be a factor in airbag longevity.
While airbags have been included in some vehicles ever since the 1970s, airbags didn’t start becoming mandatory in manufacturing until the late 1980s.  Even then, it wasn’t until the late 1990s that airbags were consistently built to last the life of a vehicle.  Therefore, if you have a car or truck that was built pre-2000, take a look at your owner’s manual to see whether the manufacturer recommends having your airbag inspected and/or replaced every ten years.  A number of airbags from earlier than 2000 have demonstrated in tests that they are still effective beyond ten years, but it’s a smart idea to follow your manufacturer’s recommendations.

Get the details on your vehicle’s history.
If your car was previously-owned, find out if the airbags were ever deployed and replaced.  If they were, make sure that they were replaced with OEM parts.  This is extremely important, because you don’t want to take the chance of having counterfeit airbags in your vehicle.  The National Highway Traffic Safety Administration has warned consumers to be on the lookout for counterfeit airbags that were purchased from China and have been used by some body shops to scam customers.  If you have any concerns that your vehicle might be equipped with a counterfeit airbag, visit NHTSA.gov for more information.

The National Highway Traffic Safety Administration (NHTSA) has issued an alert for consumers, urging you to check to see if one of these air bags was installed in your vehicle.

Are you concerned that you got a counterfeit air bag from your auto body shop?  Here’s who might be at risk:

The good news is that it is estimated that only .1% or fewer of U.S. vehicles are equipped with counterfeit air bags.

So is airbag theft on the rise? It is hard to say right now. But it is a huge problem none the less. To be safe, pick a great body shop with a good reputation and of course, always lock your doors!

William H. had this to say about Jerry's Leesburg Collision

Hello Chuck, Maria, and Shane, Thanks for great service! Regards, Bill and Cindy