At AutoBody-Review.com, we keep a keen eye focused on the future of auto body repair. In order to predict how we will repair cars in the future, we need to study and keep up to date with the cars that are being built today, and designed for tomorrow. In our view, the future of the automobile, and auto body repair, will be summed up with one word: Aluminum.

Despite its colloquial name, Henry Ford’s first mass produced automobile, the Model T (or “Tin Lizzy”), was made out of steel. Even with 106 years of automotive production innovations and advancement, cars and trucks are still made out of steel. That industry standard is about to change very rapidly. 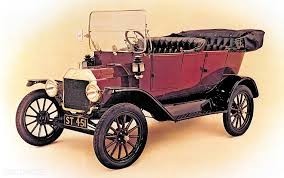 Rolling off assembly lines right now is the first all-aluminum Ford F-150. If you are a car enthusiast, you can argue that Ford is not the first to use aluminum in building cars, and you would be correct. The 1990 Acura NSX was the first production car to feature an all-aluminum monocoque body. However in the fifteen-year production of the NSX, only 8,949 cars were sold in the USA. 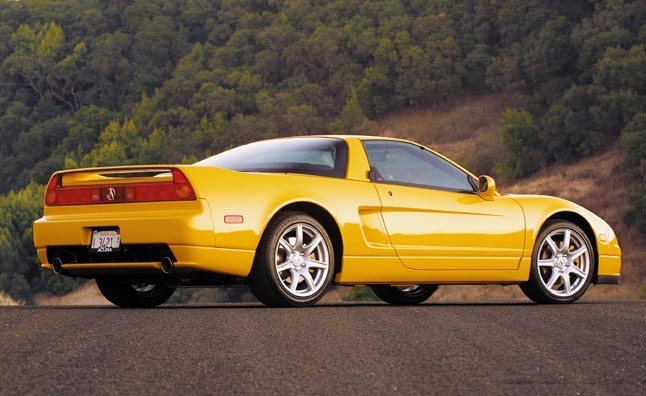 Ford will sell that many F150’s in just one day, which is one reason why the F-150 is such a game changer for the auto body repair industry, and why the future will be in aluminum.

Want more proof?  General Motors Research & Development invented an industry-first aluminum welding technology in 2012 that will allow them to use more aluminum on their future vehicles. 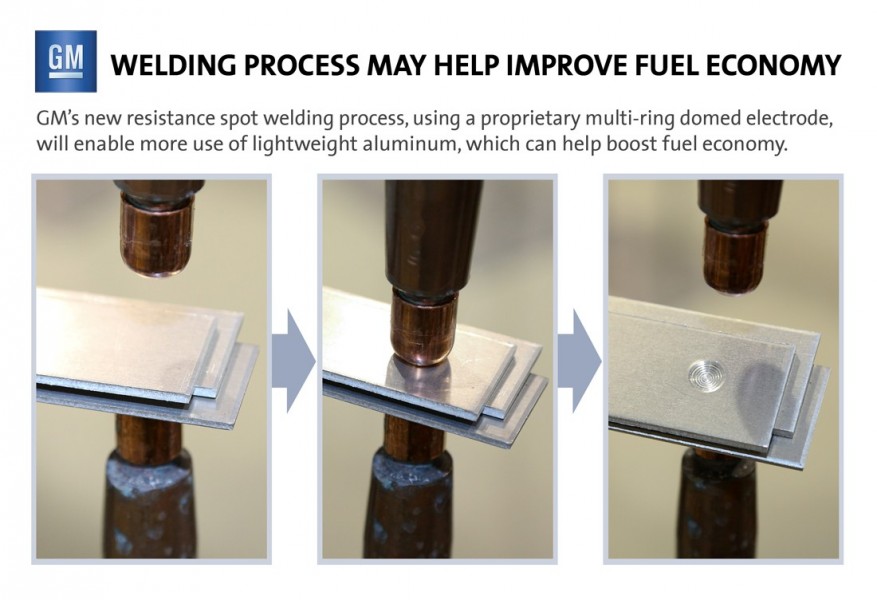 Michigan-based market research firm, Drucker Worldwide, predicts that aluminum use in vehicles is expected to double by 2025. The success of the new F-150 will end up forcing automakers to switch to aluminum even sooner than that.

Aluminum offers many advantages over steel in auto manufacturing, namely in fuel efficiency. One kilogram of aluminum can replace two kilograms of steel, in addition to the corrosion-resistance and strength. Lighter cars and trucks means better fuel economy and performance.

Traditional spot welders, the ones used in car production for the last 100 years, uses two opposing electrode tips in a c-shaped clamp to compress and weld two pieces of metal together.  Spot welding is inexpensive, fast and reliable, but until now, not useable on aluminum. Instead, car makers have had to rely on self-piercing rivets to join aluminum body parts. Steel spot welding allows for variability in production with conventional resistance spot welding. Aluminum requires a much more precise weld that tradition spot welders simply could not perform reliably or consistently. 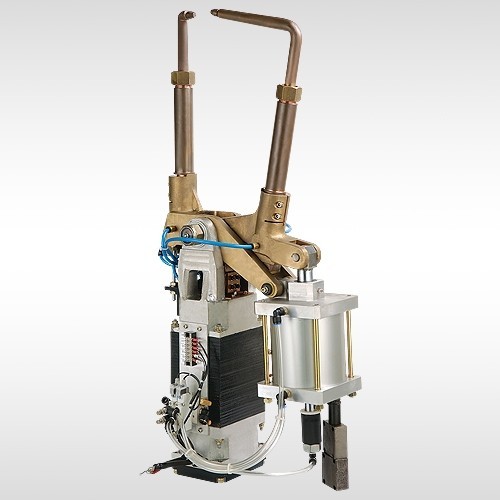 GM’s resistance spot welding process uses a patented multi-ring domed electrode that allows for welding aluminum to aluminum. By using this process, GM expects to eliminate nearly two pounds of rivets from aluminum body parts (such as hoods, liftgates and doors). The process will also allow GM to avoid the hundreds of millions of dollars Ford spent to retool their assembly plants for production of aluminum cars and trucks. 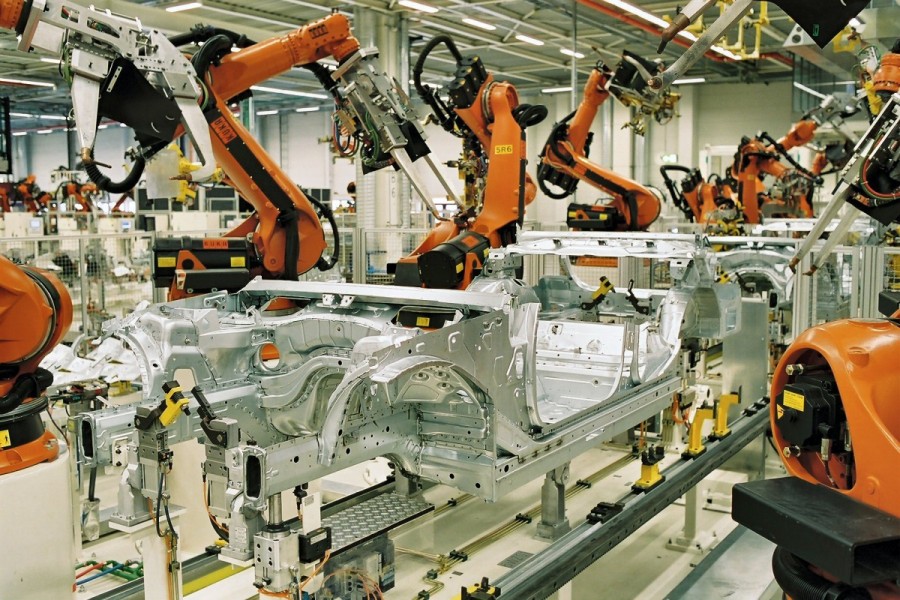 GM is already using this spot welder on the hood of the Cadillac CTS-V, and on the liftgate of the hybrid versions of Chevrolet Tahoe and GMC Yukon.

“The ability to weld aluminum body structures and closures in such a robust fashion will give GM a unique manufacturing advantage,” said Jon Lauckner, GM chief technology officer and vice president of Global R&D. “This new technology solves the long-standing problem of spot welding aluminum. . . [I]t is an important step forward that will grow in importance as we increase the use of aluminum in our cars, trucks and crossovers over the next several years.”

“GM aims to be an industry leader in mass efficiency,” said Roger Clark, manager of the GM Energy Center. “Many little things can add up to big improvements in fuel economy. Incremental mass reductions, like using welds instead of rivets, can help our customers save at the pump.”

For you car owners out there, the switch to aluminum has some pretty important implications that you will have to deal with in the near future. Even with aluminum cars and trucks on the road, there will still be millions of steel cars and trucks also on the road. The same will hold true for the cars and trucks entering auto body repair shops to be fixed.

The difference, much like the differences in how you make an aluminum car, is the way you repair it. You cannot even repair an aluminum car or truck in the same room (or with the same tools) as a steel vehicle. You also cannot weld aluminum the same way, for heat affects the structural integrity of aluminum differently than steel.

To accommodate these differences, auto repair technicians will have to master both techniques, which is a process that is not likely to happen as fast as the conversion to aluminum by car makers. Therefore, it will be forced on you as a car owner to choose wisely the shop that will repair your car. This will take more effort, and more education about what your car is made from, and who can truly repair it correctly. Not to worry, though! AutoBody-Review.com will be here to help guide you in making those educated purchasing and repair decisions!

Tom U. had this to say about Jerry's Leesburg Collision

The work was completed perfectly. Really appreciated how clean the car was when we picked it up. Nice touch!