Finding the Balance Between New Technology and Real People 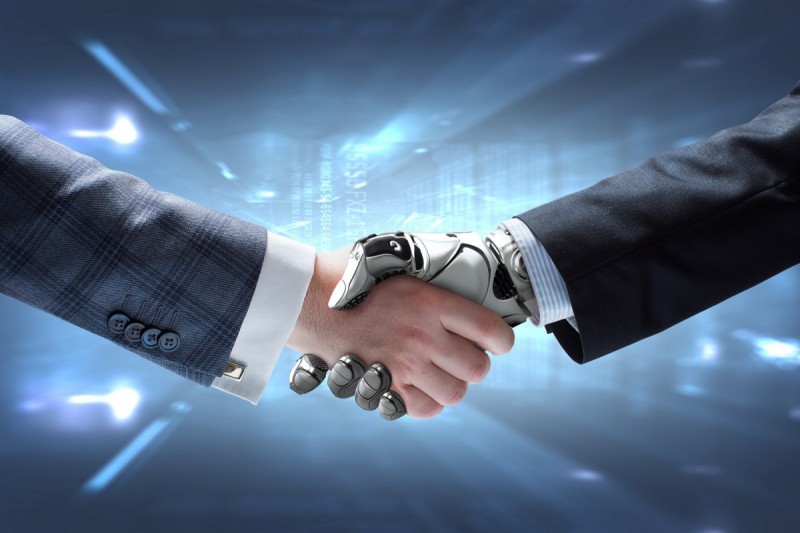 Automation is making all our lives easier, but at what cost? A recent study conducted by Oxford University reported that 85% of all jobs are at risk due to automation. As advanced technologies such as learning machines and robotics play a bigger and bigger role in society, their potential effect on all of us has become a major focus of research and public concern.

Experts and futurists are trying to determine which jobs will or won’t be replaced by machines. At the same time, companies all over the planet are hoping to create a harmonious balance between man (or woman) and technology.

In theory, automation will enable us to be more effective in our jobs, but when will it start replacing us altogether?

Automation has allowed us to obtain goods and services seamlessly and almost instantaneously, and the car repair industry is no exception. However, we must ask the question: have we sacrificed the personal, human approach as a result? Many brick and mortar retailers blame companies like Amazon for their closing stores, as more and more consumers shift to buying online. On the other hand, Amazon has also been hiring thousands of warehouse workers at job fairs all over the country. Amazon has announced its goal of adding 100,000 full-time workers by the middle of next year. How can you fault them for embracing and leveraging automation if they can do it without eliminating jobs?

It's true-- many tasks currently performed by humans will eventually be transferred to robots or machines. Yet, as the technology continues to evolve, there will also be new opportunities for people, and positions to fill as result. Some jobs will always need people to do them. When Apple unveiled its first computer, Co-Founder Steve Wozniak said that there would still be tasks best suited to "pencils and paper", and of course he was right.

Careers will change, and the roles we play will evolve alongside the technology, according to many futurists, including Dr. Michio Kaku, author of “The Future of the Mind"; Dr. Ray Kurzweil, an inventor, pioneering computer scientist and Director of Engineering at Google; Dr. Anne Lise Kjaer, Founder of London-based trend forecasting agency Kjaer Global; and Dr. James Canton, the CEO of the San Francisco-based Institute for Global Futures and the author of “Future Smart: Managing the Game-Changing Trends that will Transform Your World.”

One positive aspect this topic is the fact that automation and robotics will eventually do all the physical labor in the world. Ideally, this will allow us to do the brainwork and save our bodies, as people manage the automation and supervise the robots. Robots are ideal employees, because they don't beg for days off, won't get injured on the job and best of all, won't demand more pay, because they will essentially be working for free.

Some companies believe that to perform these new tasks, we will have to get smarter along the way. To this end, SpaceX and Tesla CEO Elon Musk is aggressively backing a brain-computer interface startup called Neuralink, according to The Wall Street Journal.

The company, which is still in its earliest stages and as of yet has no public presence, is focusing intently on creating devices that can be implanted in the human brain. The eventual purpose of this project is to help human beings to merge with software and keep pace with advancements in artificial intelligence. These enhancements could improve memory substantially or allow for more direct communication with computing devices.

So the question of the week is this: how is automation going to seriously affect the car repair industry within the next decade? Well, in many ways, it already has. Mobile applications enable shops and dealerships to walk the customer through every aspect of a repair from start to finish. Automated kiosks can do everything a counter person or service advisor can do. Businesses use automation internally to stock parts, track inventories and find the right parts quickly. Clearly, the world of automotive repair is racing to an eventual state of full automation.

The test is, how can we combine this new technology with real people to achieve optimum results? It is truly an exciting time and will be an amazing journey, so hang on and get ready, as the age of automation goes into hyper drive!

Phillip H. had this to say about Leehigh Autobody And Service Center

Keep up the great communication and your honesty! It is greatly appreciated .