Is the Bloodhound the World’s Fastest Vehicle? 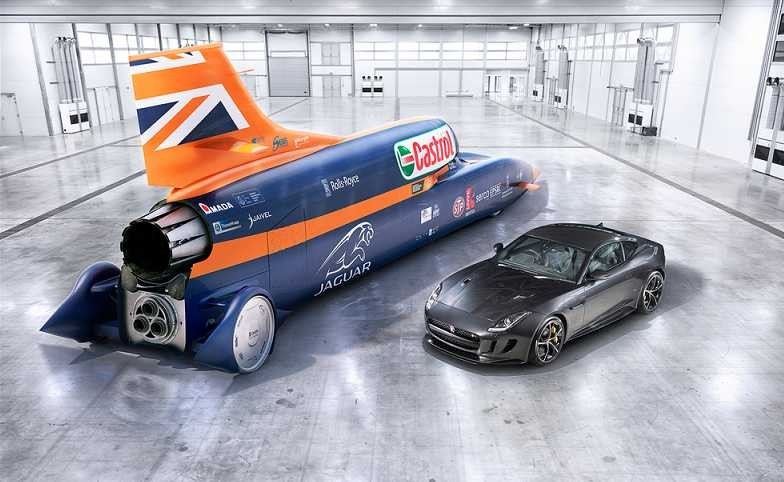 Mankind’s search for speed continues. For the last two years a supersonic car has taken shape slowly but surely in a small business park near Bristol, England. This vehicle is called thec which was unveiled recently in London. It looks more like a rocket ship than a car which is fitting, because its inventors are claiming that it will travel at (get this) 1,000 miles per hour! It’s the perfect car for people who are 1.) Always in a rush and 2.) Very wealthy.

Over two days recently, more than 8,000 members of the public viewed the car, which is designed to reach 1,000 mph and help inspire a generation of youngsters to take up – or at least take an interest in – science and engineering.

“It’s a really exciting time in the project,” said chief engineer, Mark Chapman. “Many of us have lived and breathed this project for eight years now but to see the car put together like this is something else. It looks stunning. We can’t wait for people to see it and tell us what they think.”

The car will be tested initially in the UK at a fairly normal speed for cars like this one --- a modest 200 mph. The vehicle will then be transported to South Africa to begin high-speed testing with a target of approximately 800 mph, which will beat the current world land-speed record of 763 mph. The plan is then to return to the UK, review the data and travel back to South Africa in 2017 to shoot at 1,000 mph.

Some interesting facts about the Bloodhound:

Jodi S. had this to say about Craftsman Auto Body Of Lane Court

Great job repairing my car. Fast, friendly and hasstle-free! Thanks