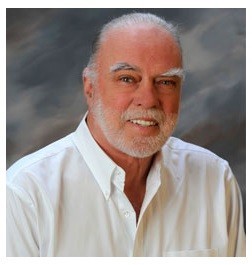 On Sunday, February 15, 2015 the world lost one of the collision industry’s most passionate leaders and tireless advocates with the passing of Dale James Delmege. Survived by his wife Mary, his five children (Laura, Diana, Dale Jr., Mark and Caleb), his eight grandchildren and his sister Leslie McDonald, Delmege was a 30-year veteran of the collision industry.

Dale Delmege was the Director of Chelsea Management Group, the Founder and Past Director of the National Auto Body Council, a Founder and Past Director and Chairman of the Collision Industry Electronic Commerce Association, and Past Chairman of the Collision Industry Conference (CIC) for two years (1999-2000). He was also a lifetime member of the Society of Collision Repair Specialists (SCRS).  A Renaissance man who was always looking for ways to express himself creatively, Delmege was a poet, a musician, an actor, and an artist.

As a 2001 inductee into the Collision Industry’s Hall of Eagles and past Collision Industry Conference Chairman, Dale worked tirelessly to bring his experience, knowledge and unmatched leadership skills to the entire industry. As a great communicator, Dale mesmerized listeners with his wit and wisdom about not just the collision industry, but also about life itself. A world traveler, Delmege served in the United States Navy, and was proud to experience an astounding number of true life events all over the planet. With the uncanny ability to converse intelligently about almost any subject matter, Dale felt comfortable talking to people and educating them through his words, both spoken and written.

Dale passed peacefully exactly as he would have wanted--at home and surrounded by his family and friends. In honor of Dale's wishes, he respectfully requested that the Children's Skin Disease Foundation, www.csdf.org , receive the gift of a donation in lieu of flowers. Memorial services are to be determined.

Arta M. had this to say about Cascades Auto Body

Mr. Austin and his team were professional and friendly and the work was done with utmost care.